The businessman was tracked by GPS

Buying trackers for the couriers may result in the criminal case. 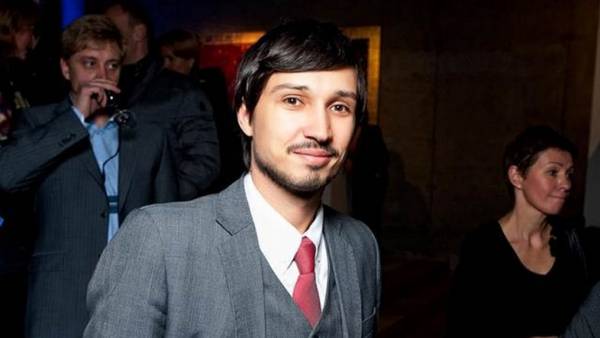 Capital Investigative Committee solves a question on excitation of criminal case against the founder of food delivery service for “ВкусLab” Artem Laptev, who bought it in China GPS trackers for the couriers. Devices intended to be used with the knowledge of the staff, but the investigators saw in the actions of the entrepreneur, the signs of the crime provided by article 138.1 of the criminal code (illegal acquisition of special technical means intended for secret receipt of information). In late April, the Prosecutor General declared that this provision of the criminal code needs to be adjusted.

As told “” Artem Laptev, in 2017 he wanted to develop an app that would allow customers to see in the smartphone of the movement of the courier in the map below to calculate delivery time of food. “This technology is implemented in applications to call a cab. But there drivers as the transmitter coordinates using their phones constantly charged, — the businessman speaks.— And the courier the whole day on his feet, he had nowhere to recharge the phone.” According to him, Russia is a certified tracker was worth at that time about 7 thousand rubles, a similar device from China would cost only 500 rubles. “When you have many devices and you are afraid that the courier will lose it, there is a desire to save,” admits the entrepreneur. Mister Laptev has made an order on AliExpress in July 2017, but devices have not received. But on 19 April 2018, he received a summons from koptevskaya Department of the Investigative Committee. “The document was not specified, for what reason I was summoned, but was given the phone number of the investigator, — said the businessman.— I called, and the investigator friendly says: do not worry, your phone number lit up in any other case, a pure formality, the race for 15 minutes to give explanations”.

Mr. Laptev came to the investigator without a lawyer. “He asked me a few questions about the long-forgotten order from AliExpress, I confirmed the fact of purchase, — the businessman speaks.— It was enough — the investigator saw signs of a crime under article 138.1 of the criminal code. I about such even did not know.” As it turned out, the order still arrived in Russia, but was detained at customs and sent for examination. Saw that in plastic boxes of 500 RUB are not only trackers, but with built-in MICS. This was the basis to calculate the device “intended for secret information”.

At the second meeting with the investigator, Mr. Laptev came with a lawyer. Together they tried to explain that the couriers had to know about the location of the tracker in the bag with the food. “The investigator was very understanding but said that he did not write the laws. According to him, now I have two options: to write a confession with contrition and receive a small fine or a long time to plead and prove innocence, says Mr Laptev.— I said I do not consider myself guilty. The investigator said that will decide on whether or not to initiate a case. I’m on level ground can earn a criminal record without committing any crime. But all the visa offices, all employers always ask whether there was a conviction, and it may be cause for rejection. Besides, I work in the financial sector and will not be able to hold certain career posts.”

Recall that until 2011, the penalty for trafficking of technical means for secret obtaining of information provided part 3 of article 138 of the criminal code. Then it was a separate article 138.1, and the maximum punishment increased from three to four years of imprisonment. All these years there has been an increase in the number of sentences. According to the statistics of the judicial Department under the Supreme court of the Russian Federation, in 2012 this article has been convicted 72 people, and in 2017 — already 254 people (justified — zero, the prosecution dismissed for lack of evidence in one person). Part of these prisoners were accused and under other articles. The statistics for 2017 “b” was discovered 177 convictions where it was only about article 138.1 of the criminal code. Four people were sentenced to imprisonment (three were sentenced to one year, one to two years). 11 citizens were fined for the sum to 5 thousand rubles, 101 people received a fine from 5 thousand to 25 thousand rubles., 60 convicted for the sum from 25 thousand to 100 thousand rubles. In one sentence provides the maximum possible penalty — from 100 thousand to 300 thousand rubles.

Previously, “Kommersant” told the story of a Muscovite Alexei Sokolov, who was accused of the purchase and subsequent sale of a Chinese FOB with a hidden camera. He accused explained that he ordered the keychain as a DVR in a motorcycle helmet, but was disappointed in the quality of the picture and decided to resell it to recover the money spent. While investigators dealt with his case, Mr Sokolov spent four months in jail. In the end, the Prosecutor asked to sentence him to a fine of 100 thousand rubles, but the judge ordered the punishment “stayed” four months imprisonment.

“Criminal devices are those that are intended for covert observation. It’s up to the technical experts — and they only look at the initial function of the device — explains the lawyer of the human rights of “Team 29” Ivan Pavlov.— Take the recorder in the pen. The handle the purpose is to write on paper. The addition of recorder expert finds the attempt to disguise a listening device under the handle. Whether there was criminal intent, the investigator decides”.

Problems with the application of article 138.1 of the criminal code of the Russian Federation admitted more than once, and at the highest level. In December of 2017 President Vladimir Putin at a press conference told the story of a large farmer from the Kurgan region who ordered a GPS tracker for tracking the cow. The man was arrested at a rural post office while collecting the parcel, he was charged under article 138.1 of the criminal code. “I don’t even know that there is such an article, said President Putin.— I don’t understand what the problem with the cow. Probably, it is necessary to adjust, I will try to do it.” After that, the case against the farmer was dismissed, and the Prosecutor General’s office started an extensive investigation of all criminal cases according to article 138.1 of the criminal code. “We will examine whether there are excesses in the regions with the application of this norm”, — said at the end of 2017, the official representative of Department Alexander Kurennoy. As “Kommersant” found out, this test was over two weeks ago, at the end of April 2018. In an interview with “Kommersant” Mr. Kurennoy said that the Agency came to the conclusion that the law “has costs”. “Set up a special working group that is preparing the correction law, — said the representative of the state office of public Prosecutor.— To avoid unnecessary criminal prosecution when the device is purchased by the citizens for their household needs. Or when, instead of the criminal legislation it is possible to do administrative”.