Source: Russian cosmonaut going to the moon on a space ship USA

According to a source in the rocket and space industry, the first cosmonaut from Russia can go to the moon on Board the U.S. space Shuttle Orion in 2024 in order to participate in the installation of the Russian airlock to the international lunar station Lunar Orbital Platform — Gateway, RIA “Novosti”. 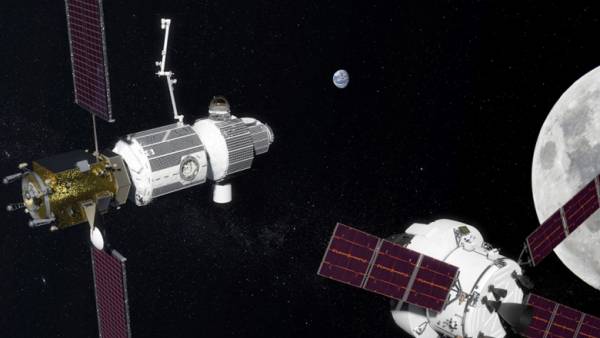 “During the negotiations made an outline of future manned missions to the lunar station. In particular, we discuss the possibility of the flight of a Russian cosmonaut in the crew vehicle Orion, which will tow the Russian airlock to the moon. Russian cosmonaut will have in place to ensure the integration of the module in the station,” — said the source.

This information was also confirmed by a source in the rocket and space Corporation “Energia”, which will act as the manufacturer of the module. He noted that we are talking about four manned missions on the lunar station in which the astronaut must accompany the unit during transportation.