Peskov commented on the words of Zeman analogous to a “Newbie”

MOSCOW, may 4 — RIA Novosti. Statements of the President of Czech Republic Milos Zeman on the production of an analogue of the “Newbie” in his country — an illustration of the groundlessness of the charges of the London to Russia, said on Friday the press-Secretary of the President Dmitry Peskov. 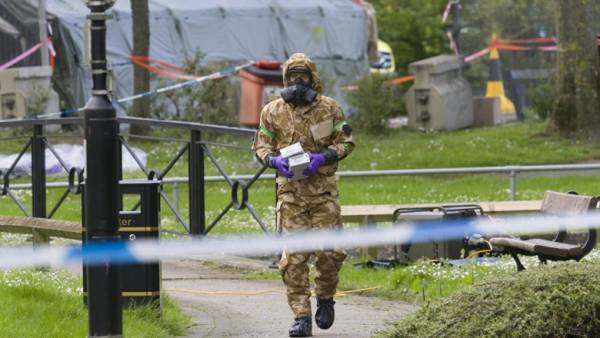 Earlier Czech President Milos Zeman, citing data from the civil intelligence and military intelligence reported that nerve substance А230 in November 2017 in a small amount were produced in the Institute of the defense Ministry of the Czech Republic in Brno, he tested and was soon destroyed.

Earlier, the Russian foreign Ministry reported that chemisette, which, according to London, was poisoned Skrypali and which in Britain is called “Beginner”, in the past, possible, produced or stored in the territory of the Czech Republic. Zeman in late March, instructed the security Service and information (SBI, counterintelligence) to check the message. At the end of April, the President received the report of the SBI on this topic.

With great certainty we have suggested that this substance could be produced in different countries of the world, particularly in countries which, they claim, have the antidote, probably also produced the substance, or possessed some amount of this substance. This once eloquent illustration of the untenable position, demonstrated by the UK authorities.Dmitry Pescovitz Secretary of the President of the Russian Federation

In his opinion, the words of the President of the Czech Republic is another confirmation of the absolute “provocative and adventurous the whole history of Kripalani”.

“And probably this is another step and another approaching that time when more and more countries will begin to feel drawn into this adventure,” — said Peskov.

In the English town of Salisbury on March 4, was poisoned convicted of spying for the UK ex-GRU officer Sergey Skripal and his daughter Julia, which triggered a major international scandal. London claims that the poisoning Skrobala substance A234 involved in the Russian government, Moscow categorically denies it.