MOSCOW, may 3 — RIA Novosti. The American edition of the Drive examined in detail the specifications of a multifunctional fighter of the fifth generation su-57 and listed the main advantages of the plane. 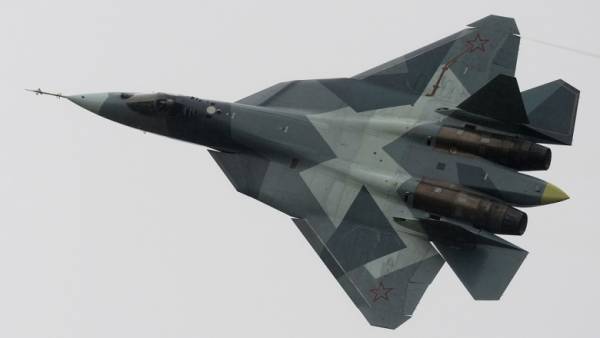 The authors note that the “balanced approach” Sukhoi design Bureau to develop stealth technology, which helps to reduce visibility of the aircraft. According to the author of the article Tyler Rogue, su-57 is an intermediate position between the American F/A-18E/F Super Hornet and the Chinese J-20.

The Drive also drew attention to the complex radar with active phased antenna array (AFAR) X-band, which are located not only in the bow of the su-57, but also on the sides of the fighter. Such a radar system had to have the F-22 Raptor, the newspaper writes. This complex not only significantly improves situational awareness of the pilot of the su-57, but in a certain position relative to the enemy aircraft makes the fighter virtually invisible.