The Ukrainian fishing vessel “NMR-0041” illegally mined flounder in the exclusive economic zone of Russia, arrested on Friday in the Black sea, according to the Crimean border Department of the FSB. 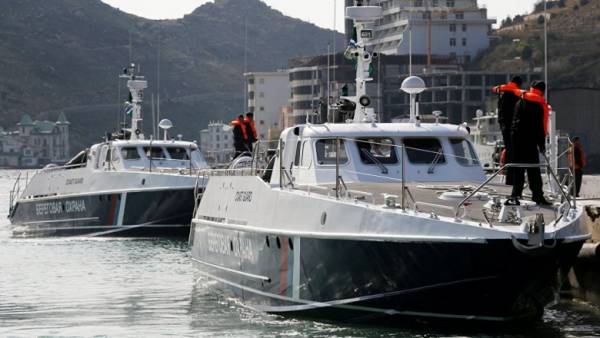 Several kilometers of nets were removed, the ship and the crew — five citizens of Ukraine were taken to the Crimea “for the conduct of procedural actions”.

The guards stressed that the act “in strict accordance with international law of the sea”.

Earlier, on March 25, Ukrainian border guards detained in the sea of Azov, the Russian ship “North” with 10 crew members. They are all Russians, while Kiev considers them to be Ukrainian citizens.

The owner stated that the ship is detained unlawfully, and the actions of border guards threat to the lives of crew members. The Crimean Department of the FSB opened a criminal case about the theft.