MOSCOW, may 3 — RIA Novosti. The inauguration of the President of Russia Vladimir Putin, which will take place on 7 may in the Moscow Kremlin, may pass without the traditional passage of the presidential motorcade in Moscow, told RIA Novosti source familiar with the organization of training activities. 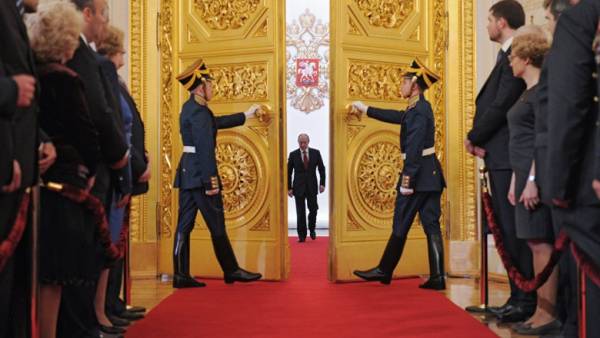 Informed sources told that the final script of the inauguration has not yet been approved, however, the program was planned to agree in the near future.

On past inaugurations Putin traveled to the Kremlin by car accompanied Honorary escort of Federal security service of the Russian Federation.

“Maybe this time will refuse a solemn motorcade of the President in Moscow to the Kremlin,” — said the Agency interlocutor.