In his latest work Professor Stephen Hawking talks about the existence of parallel universes, similar to ours. 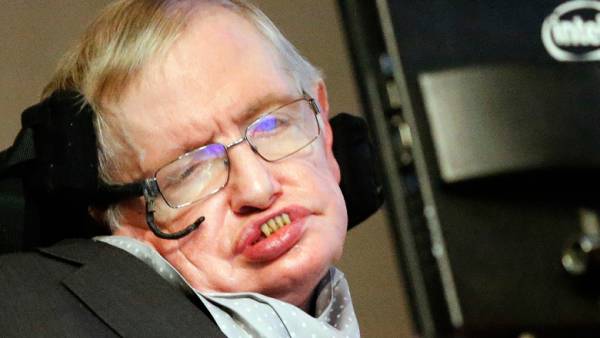 This theory of the late astrophysicist helps to solve his plant space paradox leads astronomers to search for evidence of the existence of parallel universes.

The work was transferred to the scientific Journal of High Energy Physics for ten days to death Hawking.

In the 1980’s, Hawking, along with the American astrophysicist James Hartam has developed a new theory of the Universe.

Theory Hartl-Hawking eliminated the internal contradiction of Einstein’s theory, which postulated that our universe originated about 14 billion years ago, but it didn’t say how it happened.

Scientists have used quantum mechanics to explain how the universe could arise from nothing.

This theory has solved one problem but created another, or even an infinite number of others.

Building his theory, physicists came to the conclusion that the Big Bang most likely created not one universe, but an infinite number of them.

Other universes may be a little different — it could be a planet similar to Earth, but to preserve the population of the dinosaurs. In the third everything can be different, without Land, perhaps even without stars and galaxies, with different laws of physics.

Maybe it sounds like science fiction, but in accordance with the mathematical part of the theory of Hartl-Hawking possible.

There is a problem because if there are an infinite number of universes with infinite variations of the laws of physics, then the theory cannot contribute to understanding what the universe we are and what are its features compared to others.

It is this paradox in his latest work tries to solve the Hawking together with Professor Thomas Hertogdom from the Catholic University of Louvain in Belgium.