The Russians are afraid to talk about his salary. This is very bad. 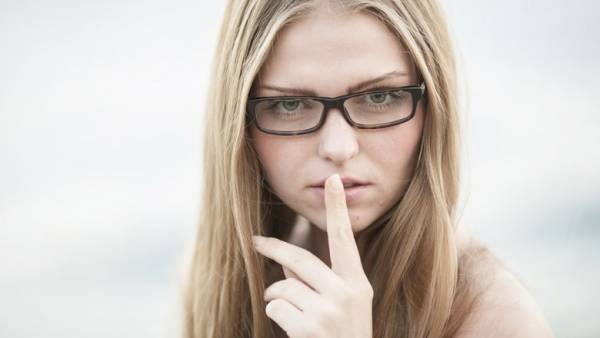 Curiosity about the size of the salary of the other person in many cultures is considered a sign of bad taste. However, there is a country that completely breaks this stereotype: in Norway the salary of any citizen can be found in a couple of clicks. Although for many countries this approach is not new — it is used by publishing the Declaration of income of officials and state employees, — the Norwegian scale them away. Commercial sphere gets out independently in a number of Western companies already have a system of open salaries, when every employee is aware of the incomes of their colleagues. Moreover, this experience is replicated in adopting entrepreneurs from Russia. The phenomenon of unprecedented openness — in a material “Tape.ru”.

Unusual Norwegian tradition began in the nineteenth century: that all income and deducts taxes were recorded in a special book. This was done not just for fun — when Norway in 1814 declared independence from Denmark, usurped it for 400 years, there was a need to create their own state Central Bank.

Taxes were raised during a difficult time for the country, and that everyone pays their fair share, all the data available in the public domain.

Lists were issued in the form of yearbooks and kept in the city’s town hall. For those who could not read, there was a special meeting: for example, data about the collected taxes was read aloud at the General meeting in the village or the commune.

A resident of the Norwegian town of Fredrikstad South of Oslo Hege Glad told me that during her youth people lined up to study published every year a thick book. Now to gain access to people’s financial reporting does not have to leave home — all the information is on the Internet. For the first time in online registries was transferred in 2001, and I must say, it caused a crazy stir among the population. People have become literally obsessed with his curiosity. According to the Norwegian journalist Tom Staavi reached the point of absurdity.

“At some point, you will automatically know how much money your friends in Facebook, just go to Facebook. It has become something ludicrous,” he says. Editor-in-chief of the Norwegian tabloid Dagbladet also recognizes that in the end it all went too far — in the media even began to appear in the rankings of the richest and poorest streets, and for criminals the system of open data on the income was a great help in the choice of the victim.

Many disadvantages uncontrolled transparency has led to improvement in the registry in 2014, the authorities introduced mandatory authorization. Spy anonymously now not possible, because people whose income decided to ask immediately received a notification via e-mail.

However, this innovation has transformed some fun, starting to monitor who is interested in their own financial statements.

However, the number of curious onlookers has decreased significantly— the number of queries in the system was reduced eight-fold, from 16.5 million to two. According to a 2017 poll, 92 percent of respondents do not see the salaries of their relatives or friends.

The less you know — sleep tight

On the one hand, it seems that people will feel better and calmer, not knowing the income level of your friends, neighbors and colleagues. After all, such knowledge only heighten the feeling of inequality and discrimination in society and are a potential source of social tension and conflicts, which is confirmed by psychologists.

People are very sensitive towards how much money they earn, because they’re worried they will be judged according to their earnings.Ryan Howardian psychology from the University of San Francisco

Moreover, according to him, the discomfort provided regardless of income level. Receiving a small salary, people tend to feel ashamed to consider himself a loser, and a solid earnings it will feel awkward. In particular, referring to the Norwegian experience, there are cases when data was used as an excuse for bullying and gossip, and children from low-income families were exposed to in school bullying from other more affluent classmates.

On the other hand, despite the potential negative effect, that transparent financial reporting is the most effective tool in the fight against injustice. Norway’s experience confirms that data transparency is inversely proportional to the inequality in pay. To calculate the concentration of income, there is a special statistic, the Gini coefficient.

The Gini coefficient (Gini coefficient) — a statistical measure of inequality of income distribution in society, wages of different population groups used in countries with developed market economies. It was developed by Italian economist, statistician and demographer Corrado Gini in 1912.

According to world Bank estimates, Norway has an index equal to 27,5 is one of the lowest levels of social stratification in the world. Gender inequality in the issue of remuneration is also not the place — in the rating compiled by experts of the world economic forum, Norway is among the five most prosperous countries.

And in the ranking of the international organization for the fight against corruption and investigation of corruption worldwide, Transparency International Norway took third place, dividing it with Finland also publishes tax returns of all citizens in the public domain. Sixth place in the ranking took another Scandinavian country — Sweden also does public tax statement since 1903.