MOSCOW, may 3 — RIA Novosti. If the aircraft engines are “stood up” after being hit by birds, pilots need to eject — why did the pilots crashed in Syrian fighter su-30CM, to find out a special Commission. 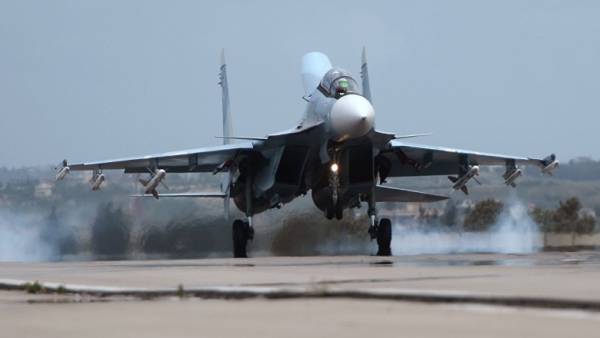 “Such cases are rare, usually pilots of the birds you see. According to the rules of control of the aircraft if the engines still “stood up”, then you need to eject. I don’t know why the pilots in this case did not do, on these aircraft (su-30), even from the ground to eject. It must find out a special Commission”, — said the Agency interlocutor.

Speaking about ways to avoid getting foreign objects in the power plant of the aircraft, the General said that at the stage of taxiing on engines remain a special mesh that prevents the ingress of stones. But when they take off, they are removed because in this phase, the aircraft requires a strong air flow.

This morning a Russian fighter jet su-30 crashed after takeoff from the airfield Hamim, both pilots, according to the report, died. According to preliminary information of the Ministry of defence, the cause of the crash could be getting into the engine birds. The plane no one was fired, the stress in the military.

Double multi-purpose fighter su-30CM is the latest modification of the basic su-30. It is modified in accordance with the requirements of the defense Ministry on weapons, systems, radar, communication and IFF, and other equipment.