Media: a fire in a warehouse in Kharkov started due to hitting the tank on the explosives

KIEV, may 3 — RIA Novosti. A fire and series of explosions at an ammunition depot in Balakleya in Kharkiv region provoked the fire hitting the tank with an explosive device, reported on Thursday a source in the Ministry of defense of Ukraine TV channel “112 Ukraine”. 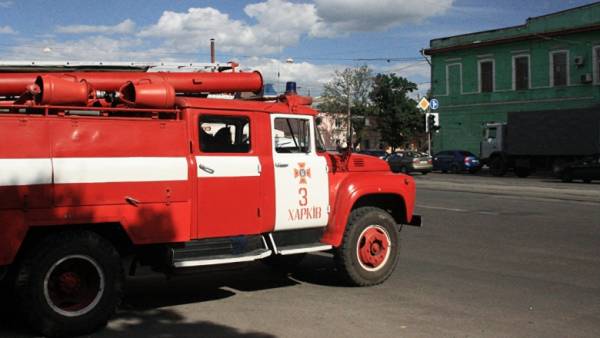 Earlier in regional management of the state service for emergency situations, RIA Novosti reported that the ammunition warehouse in Balakleya fire occurred. This information was confirmed by the General staff of the armed forces of Ukraine, noting that it began with ignition of dry grass.

“According to the source, during the execution of technical works fire tank ran over an unknown explosive device explosion and fire, which in turn caused a series of explosions of ammunition,” — said the TV channel.

The head of Department on public relations of the General staff of the armed forces of Ukraine Bogdan Senyk, the TV channel said that he had no information about the impact of the tank on an explosive device.

On the military depots in Ukraine has experienced several fires. So, on the night of March 23, 2017 in Balakleya in Kharkiv region started a fire at an ammunition depot. Due to the explosion of ammunition in the Kharkiv region, one person died, another five people were injured.

A fire at an ammunition depot in the controlled Kiev Svatove in Luhansk region, followed by the detonation of the shells broke out on 29 October 2015. In the result of incident four persons were killed and 16 were injured. According to estimates of the military Prosecutor’s office, the cause of a major fire was the negligence of officials.

Warehouses in Kalinovka of Vinnytsia region 26 September 2017 exploded ammunition, the fire started. From Kalinovka and the surrounding villages were evacuated more than 30 thousand people, injured two. Media reported that the stock of stored missiles to multiple rocket launchers “Smerch”, “Uragan” and |Deg.