Conversations — not in service

The defence Ministry changes the order of conducting telephone conversations on lines of General use. 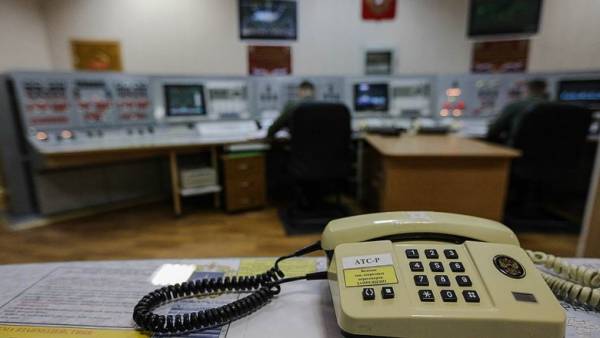 As it became known “Kommersant”, the Ministry of defence tightened the rules for the use of telephone networks being shared with their employees — from the senior ranks of the General staff of the armed forces to civil servants of Central office and servicemen of military units. They are divided into five categories, each of which has time and financial limits on telephone conversations, the violation of which is fraught with administrative investigation. Officially, these measures due to the need for effective spending. According to unofficial information, it is about the suppression of information leakage.

On changing the defense Ministry rules regarding the use of telephone networks to “ensure effective use of funds” reported by “Kommersant” a source close to the leadership of the General staff of the armed forces. According to him, the information letter signed by the head of the main office (GUS) of the armed forces of the Russian Federation General Khalil Arslanov was sent on April 20 commanders of all military districts commander of the genera and commander in chief of troops, commanders of military units, and Central office staff. In this Chapter GUS asks to organize “learning, communicating and control of the” order of the Minister of defence Sergei Shoigu, No. 186, dated 11 April.

defense Ministry approved the phones for the Russian army. The list is the “brick” Nokia

In the updated version of order No. 10дсп January 16, 2014 “On the use of telephone service provided from a network of public communication” (“b”) we are talking about efficient use of funds allocated for payment of intrazone, intercity and international telephone conversations, “within the planned limits,” and “exercise control over the conduct of negotiations.”

The document States that until may 31 responsible entities must perform a number of phone numbers that were being intra-zonal, intercity and international calls, as well as to identify subscribers who are entitled to use the full automatic access to the network “assuming no more than 10% of the authorized strength of the military authority or military unit”. It further States about the need to reduce the number of phones with city automatic telephone stations (ATS) in the Central military control bodies and military units of the security, where there is already a departmental (private) automatic telephone connection. City connection is allowed to use only those members, who are directly responsible for the combat readiness of Central government and military units, shifts on duty, as well as those who install PBXs impossible for technical reasons.

The order imposes a monthly maximum trip threshold for each phone that has automatic access to the network as time and cost.News

Than the “brick” from the Ministry of defence is better than iPhone?

So, subscribers category V (the commanders of military units, departments of the RF Ministry of defense) can speak by phone or 60 minutes in a month, or in the amount of 500 rubles ; category IV (chiefs of inspections Department, Deputy managers of the General staff of the armed forces) — 90 minutes up to RUB 700 ; III category (of types of commanders-in-chief, commanders of the armed forces, assistants and advisers to the Minister) is 120 minutes and up to 850 RUB. once one of these thresholds is reached, access to telephone services will be suspended and will be resumed only from the beginning of the next reporting period. Officials are also prohibited from calling the paid information and referral services on your mobile number without the service required. In all the structures and units of the defense Ministry must be organized the monitoring of all talking on the phone. To do this, each military authority will be assigned to a responsible person who will keep a log of calls: record the name and number of the caller code, and telephone number of the callee, the starting time of the conversation and its duration, to take receipt of the soldier who carried out the negotiations, as well as in a separate column to note their features. I order every month to carry out a General analysis of the negotiations and drawing up of the inspection report.

In Appendix No. 4 to order No. 10дсп describes an example of such an act.

The Commission of three people reviewed the conversations of one of the offices, during which it was found that with phones of officials of this Department had spent a total of 1560 RUB 48 kopecks., from them on a need — approximately 1243 RUB.

The conclusions of the Commission stated that 316 rubles were spent on talking, “not associated with the service activity.” “Proposal: to appoint an administrative case on the fact of damage”, — is summarized in the sample act. This measure will apply to all persons belonging to subscribers of V, IV and III categories. Ten Deputy Ministers (subscribers category II) and Sergei Shoigu (he is the only subscriber category I) no such problems will arise: from the order, it follows that the restrictions do not apply.

In the Department of information and mass communications of the Ministry of defense reviews, “b” refused: “This document is internal and contains information of limited distribution marked “for official use””.

In turn, the source of “Kommersant” in the Central apparatus of the defense Ministry explained that the main purpose of this order, imposing a strict form of reporting is not only the desire to optimize expenses for communication services, but also to avoid leakage of sensitive information, and strengthen control over the actions of staff in General.News

On the other hand, on city phones, private conversations are no longer being for fear of wiretapping, so the emphasis is on communication through voice instant messengers, which are more difficult to control, emphasizes the interlocutor of “Kommersant”. In General these innovations fit into the framework of the struggle of the defense Ministry with the unwanted dissemination of information. As reported previously, “Kommersant”, the Agency since March 1, has limited the exploitation of modern means of cellular communication in the Central office, management bodies and troops (up to units), suggesting servicemen instead of smartphones to use the simplest models of push-button phones that do not have the function of a photo and video and do not track geolocation, but it can send SMS and has a built in flashlight.