As Russian investigators broke the story of the most powerful drug on the planet. 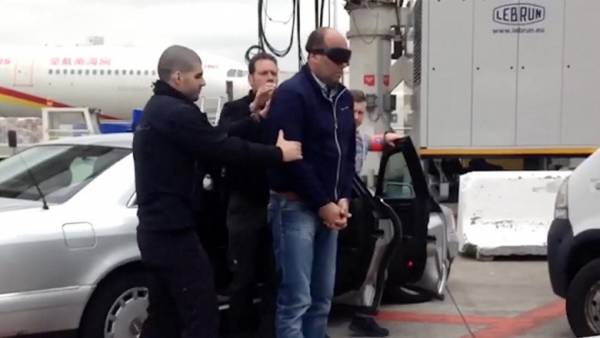 On Wednesday evening, April 26, in one of the capital’s airports landed a passenger plane on Board of which was handcuffed 58-year-old citizen of the Netherlands, Guido Walters. Russian investigators have waited for this moment for almost 20 years: the foreigner, the last remaining at large is the boss of the international narcogroup, who organized the channel of delivery of cocaine from South America to the Old world. Russia in this scheme was allotted the role of a transit base. Details a multi-year investigation — in the material of the portal iz.ru.

The story began with the business partnership of two criminal greedy monsters — a Russian Nouveau riche, and the English gangster.

A native of Tbilisi Vadim Petrov moved to the Russian capital in dashing 1990-e years and the accelerated pace began to put together a start-up capital by all available means: he had interests in legitimate industries, such as real estate development, he was engaged in wholesale trade of consumer goods (had a network of tents at ENEA), was a shareholder of companies “Moskal” and Monacall… however, tended to be extremely profitable criminal project, which was going to get in the Forbes list.

So, in 1996, he opened in Mytischi situated near Moscow manufacture of potent drug on the basis of Mandrax methaqualone and diphenhydramine, in fact, a recreational drug used in replacement therapy. In Russia and other countries is included in the list of prohibited for free circulation after 1970-ies was discovered side effects from medicines in the form of severe addiction and death in the case of combinations, for example, with alcohol.

Raw materials in the lab Petrova had been smuggled from China and were made of tablets purchased in UAE machines.

Petrov to a certain extent can be called a Russian Walter white (character in the popular series about drug dealers breaking bad. — approx. iz.ru) — he personally delved into the process of production of illicit drugs — the recipe was on the hunt for special books on chemistry, who studied at the Lenin library.

Not to go to jail early, he decided to sell tablets in Russia is not necessary. Deliveries were mainly to Mozambique, Malawi (coastal States with a message from the South and South-East Asia). The demand for tablets has been on the continent, but the lion’s share of the party went to India.

Also tablets were supplied to Romania — this country has Petrov opened the window for marketing in Europe.

Probably, the choice of countries is associated with the presence of reliable connections at the border and in customs.

It should be noted that Petrov was ambitious and ambitious aides call it a Great or humble.

Pharmaceutical business has gone uphill, so Peter decided to expand the geography of its market. In search of partners he met at the Liverpool gangsters who introduced him to his patron, Leo Francis Morgan, who supplied almost all of Europe Colombian cocaine. International negotiations were drug dealers in Mexico.

It happened in 1998 (according to others a year later). Morgan at that time started to experience problems with the delivery of goods directly to Europe. The fact that cargo from South and Central America in the countries of the Old world began to inspect with extreme prejudice, while the Russian cargo caused Europeans less suspicion.

A bouncer from Birmingham

Morgan — UK citizen, but have resided continuously in Colombia. A former boxer, after retiring from professional sports he was a formidable bouncer at one of the pubs of Birmingham.

He quickly joined the criminal crowd and engaged in drug trafficking. And very successfully.

But at home he is suspected in marijuana sales, so in the early 1990s, he ran away to Central America, leaving Britain a wife and three children.

There he got a new family, marrying the daughter of an influential Colombian drug dealer. Father-in-law helped him to make the first steps in the Intercontinental drug trade. All went well, but some serious supplies in the late 1990-ies covered by the European customs.

Therefore, acquaintance with the Russian businessman Petrov was extremely important for the British. Cocaine decided to drive from Central and South America to Russia in different ways — through the ports of the North-West (St. Petersburg, Vyborg) and air traffic through the capital. From Russia the goods are sent to UK and EU countries. One of the final destination was Liverpool.

It is curious that under the deal, the Russian had risked more than their partners, they were charged with the duty of receiving goods in the UK. And after that cocaine should put a parked car on a city street. The location of the car, stash the British reported Peter’s henchmen at the last moment.

The fiasco over the American practical thinking

Who knows how many more tons of elite drug managed to smuggle in Eurasia, the Russian-British partners, if not for the meticulous Americans. In 2000, customs officers in Miami (the cargo came by sea passed through the docks of the USA) became interested in the load of pressing machines for moulding plastic products. They found it strange that such a common technical device driven sea, and then by plane to Russia — it would be a real havoc to honest businessmen. Besides these machines, customs officers came across in the previous game.