The bike steers. Where in Moscow it is possible to take a bike?

Warmer, which means it’s time to get out of mothballs their bikes or safely continue using the rental. 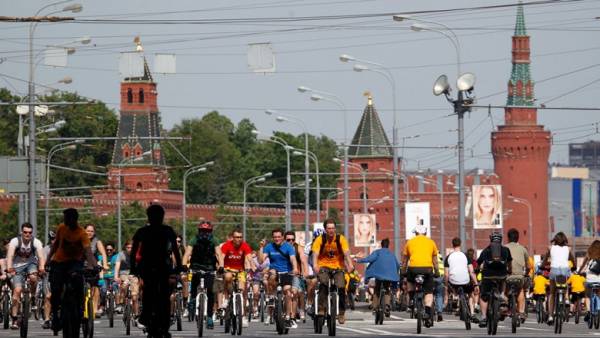 Indeed, the popularity of the bike is growing steadily: last year, the Muscovites made two million trips, and this season it is expected that the number belorysov will increase by half.

“We are opening the next, sixth season of the Moscow bike — said last week the mayor Sergey Sobyanin. — This year the city Bicycle again became more — add 500 bicycles and has expanded the area of its coverage. The cost of rent has not changed for five years. And in the days of the world championship will introduce a special tariff”.

Today, Moscow has the world’s largest system of rental bikes — at the moment it includes 430 4120 bikes and stations (for comparison: in 2013, when the high started to conquer Moscow, their number did not exceed 500 and all of them were placed on 79 stations).

Those who do not want to pedal, you can use electric bikes to go — 260 instances are based on 12 stations.

In 2018 the bike rental stations acquired areas Lefortovo, Taganka, Basmannaya and Yuzhnoportovy. Rent a bike is very convenient as the station is located near the exit of the metro and the ICC, close to recreational areas and parks. There they are in the territories of the art-cluster “Art play” and “Winery”, near the complex “Moscow-city”. And after last year ended the reconstruction of the main city streets, the bike returned to the Garden ring, Volkhonka, Prechistenka street and 1st Tverskaya street, Russia, Moscow, Prechistenskaya, Smolensk and Rostov quays.

The most active cyclist of the capital today is a Muscovite Vitaly Levanen for three years he made 5866 trips! On the opening day of the season Sergei Sobyanin handed him an annual subscription for all types of Metropolitan public transport.