Kiev is considering three possible ways of resolving the conflict in the South-East of the country. 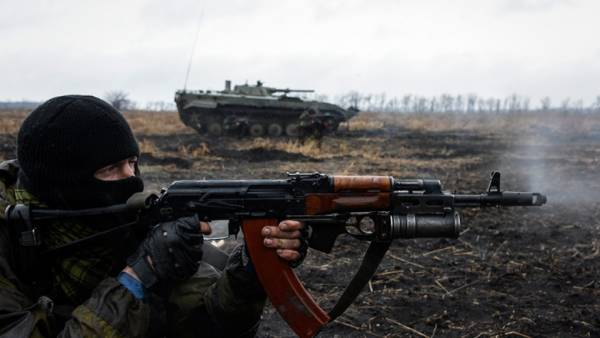 The Deputy Minister believes that the Ukrainian army is able to liberate certain regions of Donetsk and Luhansk regions within two weeks, but believes the military option is the least likely.

The second “Croatian” script Kyiv sees as the main.

According to him, it involves the introduction of the peacekeeping mission on the territory of Donbass and the withdrawal of foreign troops.

You must also disarm the militants, to establish an international transitional authority to transfer these territories under the control of Ukraine.Yuri Grimaldiite on issues temporarily occupied territories and internally displaced people of Ukraine

This development appears to him most likely.

The President of Ukraine Petro Poroshenko on Monday signed a decree on completion of the “anti-terrorist” operation in Donbass, which lasted more than four years. Instead, the region began operation of the United forces of Ukraine. A change in the format of Kiev, legalized the use of armed force in resolving the conflict in the region in peacetime.