In Brazil up to 45 people missing in the fire

The number of missing in the fire, which collapsed high-rise building in Sao Paulo, Brazil, can reach 45 people, said on Tuesday the channel Globo. 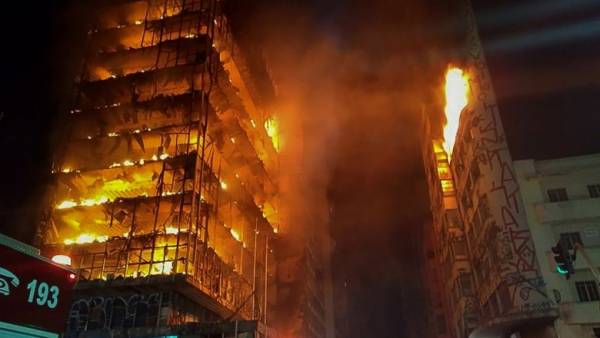 MEXICO city, may 2 — RIA Novosti. Building lit up at night on Tuesday and later collapsed. The fire spread to a nearby skyscraper, but firefighters have it under control, not allowing to spread throughout the building. Earlier it was reported about the death of one person, the number of missing was estimated at three people.

“Based on the registry living in a fallen building, firefighters are now working, starting from the information about 45 missing,” — said the channel. The whereabouts of these people is not yet established, but this does not mean that they are all under the rubble.

According to preliminary data, the cause of the fire could be a quarrel between a married couple, which was preparing food on fire and used alcohol as fuel. The woman pushed her husband when he poured alcohol into the fire, causing the clothing of both caught fire. Guilty of the fire managed to escape — they removed the burning clothes and ran out of the building.