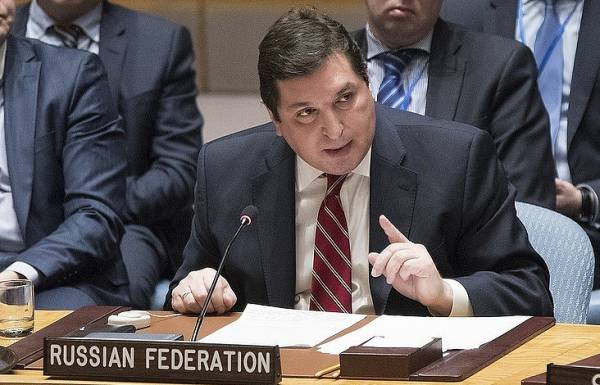 Deputy permanent representative of Russia to the UN Vladimir Safronkov

The UN, 2 may. /TASS/. The right of veto in the UN Security Council endowed Russia, UK, China, USA and France, is the cornerstone of the architecture of the organization, without which it will lose stability. This was stated on Tuesday by Deputy permanent representative to the UN Vladimir Safronkov at the next meeting of the General Assembly on the question of reform of the security Council.