British fighters will combat “aggression” over the Black sea

MOSCOW, may 1 — RIA Novosti. British Typhoon fighters will join the mission of the air police of NATO over the Black sea to fight “potential aggression”, reported the press service of the Royal air force of great Britain. 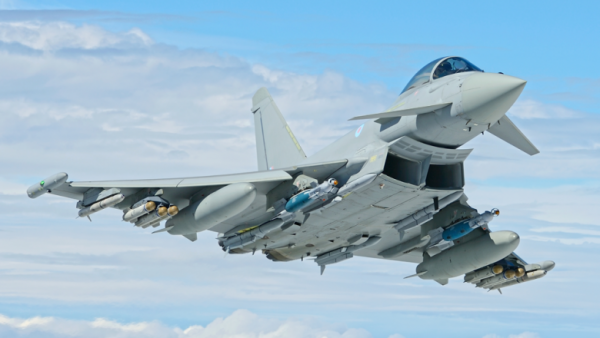 During the official ceremony at the Romanian air base of Mihail Kogalniceanu NATO representatives accredited British fighters to participate in a mission to strengthen the aviation police over the Black sea.

According to the commander of the Center joint air operations in the Spanish air base of Torrejon Lieutenant Ruben C. garcía Servert, such actions demonstrate the ability of the Alliance to unite.

The UK representative also stressed the need to patrol the space over the Black sea to deter possible threats.

“Such missions for the protection of the airspace guarantees that we are able to quickly and effectively deal with any potential aggression or threat to the Alliance or its members,” said British Ambassador to Romania Paul Brummel.

From the beginning of 2018, razvedshkoly NATO repeatedly flew near the Western borders of Russia. At the end of January it became known about the mission of the us drone RQ-4A Global Hawk over the Black sea at coast of Crimea.