Media: the U.S. will use Russian helicopters for military exercises

MOSCOW, may 1 — RIA Novosti. The U.S. marine corps intends to use for military exercises, Russian helicopters, according to the Marine Times. 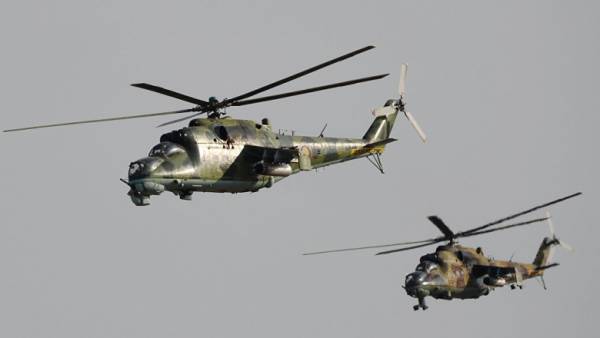 The publication reports that the training command combined arms Expeditionary forces of the marine Corps, the United States requested for military exercises, Russian helicopters. The role of the imaginary enemy training can be either Mi-24 or Mi-17.

“An attack helicopter with regard to its size, height, flight, opportunities mobile defense poses special challenges to creating realistic, unique and strong opposing force”, — the newspaper quotes the statement.

It is noted that the Russian war machine will act as the aggressor and simulate strikes against air and ground targets. According to representatives of the U.S. Marines Corps, the use of these helicopters in training, will help “better understand the capabilities and weaknesses of enemy helicopters”.

However, the publication is silent on what the state gives US these war machines. However, the newspaper reports that Russian helicopters purchased “Washington-friendly governments” of countries like Ukraine, Iraq and Afghanistan.