MOSCOW, may 1 — RIA Novosti. Australian channel ABC told the story of Ethan Telling — a former neo-Nazi who participated in the conflict in Eastern Ukraine, fighting on the side of the Ukrainian security forces against militias. 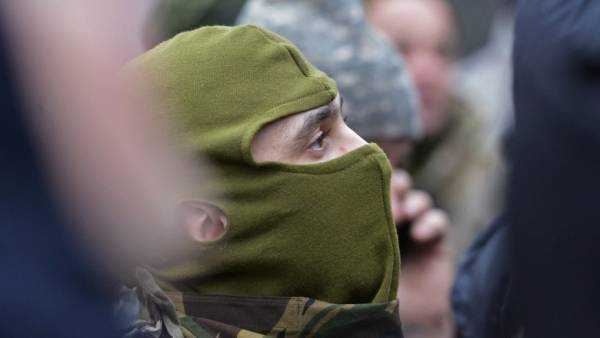 Tilling, who has been on the front line just two months, said ABC, that was not what I expected from this conflict.

“23-year-old ex-soldier from the Brisbane — one of two former Australian soldiers, who are able to install ABC, joined thousands of ultra-flocking from all over the world in the Eastern Ukrainian region of Donbass to take up arms,” write the authors of the report.

They told how the Australian came to the decision to go to the Donbass.

Like many other ultra-radicals, tilling dreamed of becoming a warrior, and believed that participation in a military conflict — “rite of passage” for men.

At first he was going to go to Syria, but to those Australians who fought against the “Islamic state”* on the side of the Kurds, threatened with criminal prosecution after returning home. Participation in the military conflict in another country with the army of this country by Australian law not punishable.

Tilling was inspired by the video of the “Georgian Legion” in which on the side of Ukrainians fought many foreign fighters, including American Craig lang, whom the US suspected of stealing military equipment and threats to ex-wife.

The Aussie said, how was his brief service in the “Georgian Legion”.

“It was more of a trench warfare style First world, and I certainly wasn’t expecting this…”, he said.

According to him, the form of the mercenary battalion was unsuitable for low temperatures. In addition, they lacked water and food, there were only “tasteless bread and biscuits”. “I lost ten pounds in those trenches. And mental condition was unstable,” said tilling.

He also complained about the discipline of co-workers, who often consumed alcohol and sometimes drugs.

“Plus, they walked at night with the included lights, singing at night, pointing a loaded gun at members of his team,” said the Australian.

The commander of “Georgian Legion” said that tilling is gone after over a battalion under threat of an acute shortage of water and food.

Tilling protects the right of Australians to participate in distant conflicts, but urges countrymen to think seriously before you take such a step.

Australian expert on national security Bret Walker told ABC that people like Tilling can pose a threat to the country, and urged to change the law that allows Australians to participate in such conflicts.

“These are people whose skills, experience and lack of sensitivity can in this country to be dangerous, he said. he. According to him, it is an internal Australian problem, directly related to the terrorist threat.cargo.

In February of this year to Tilling came officers from the police Department on combating terrorism. He was questioned about participation in the Ukrainian conflict. The police also contacted him after neighbors complained of shots from rifles and shotguns.

The Australian himself claims that police didn’t need to come, because neither he nor the other ultranationalists threat to the country, in his opinion, not represent.

* — an organization banned in Russia.