Policies set the task to save Georgia “from the oligarchic regime.” 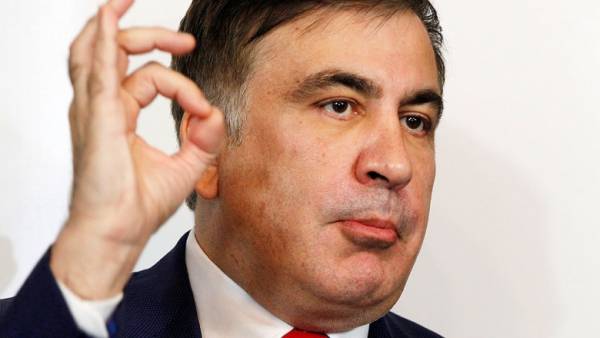 TV company “Rustavi 2”, which showed footage of the meeting in Amsterdam, said that Saakashvili and the leaders of opposition parties made up of a number of important agreements.

“We have agreed on three main principles — first, non-aggression each other, the Union of all against the oligarchic regime of Ivanishvili (Bidzina Ivanishvili, former Prime Minister of Georgia, billionaire — if) and the creation of a single political force, preventing fraud in the next presidential elections in October. Our meeting is probably the beginning of that great movement, which must end with the oligarchic regime of Ivanishvili in Georgia,” said Rustavi 2 the leader of the public movement “a New unity of Georgia” Mamuka Gamkrelidze.

Saakashvili said at the meeting that has no ambition except to rid Georgia of the oligarchic regime.

“Today Georgia does not control, and possesses the particular oligarch who is trying to turn the Georgian people into slaves. Georgia now needs our support, he said. — I’m glad to see you, as I have no ambition, except to rid Georgia of the oligarchic regime. Poverty and injustice in Georgia must be stopped”.