WASHINGTON, April 29 — RIA Novosti. U.S. Secretary of state Mike Pompeo said that his meeting with North Korean leader Kim Jong-UN was the discussion of the mechanism to realize the denuclearization of the DPRK. 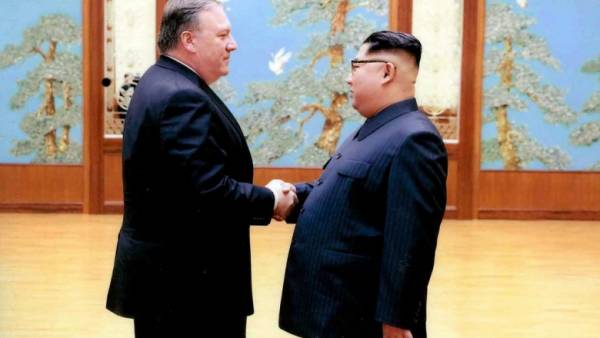 Pompeo said that his mission was to discuss with Kim Jong-UN of American citizens detained in North Korea, and “check the mechanism of denuclearization”.

“We know the story. Our eyes wide open we will negotiate the very different way than it was before. We will oblige to take irreversible steps that will demonstrate that denuclearization is to be achieved. We will not accept words and promises, we will look for steps and actions. Until then we will maintain a campaign to put pressure”, — he added.

Earlier, the US Secretary of state held a private meeting with the North Korean leader. Pompeo said that Kim Jong UN is serious about negotiations.

On Friday, Kim Jong-UN became the first North Korean leader who passed through the military demarcation line in the area of responsibility of South Korea. On the South Korean side of the demilitarized zone was held a meeting with South Korean President mun Jae Otherwise.

The summit adopted a joint Declaration in which North Korea and South Korea declared intention to achieve a complete denuclearization of the Korean Peninsula, to improve relations, aiming for shared prosperity and peaceful reunification.