LONDON, April 29. /TASS/. The Sunday Times spoke Sunday with the statement that “Russian bots” actively tried to influence through Twitter on the results held in June last year, early elections in the UK, providing support to the leader of the opposition labour party Jeremy Corbin. 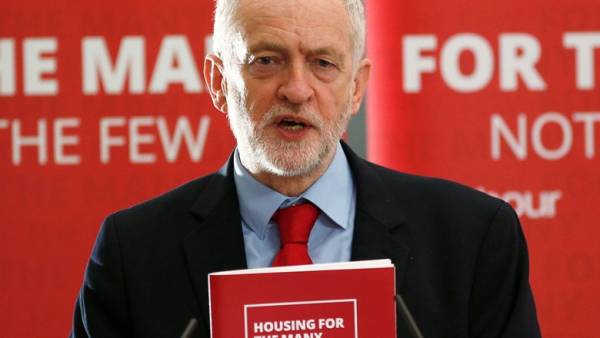 To this conclusion came the British edition on the basis of the investigation, conducted jointly with the University of Swansea in Wales.

As stated in the article, only the study failed to detect 6.5 million associated with Russian accounts on Twitter, where a few weeks before the elections, there was agitation for Corbin.

As writes the edition, many of the accounts had profile female English names, but actually was ruled by bots. 9 out of 10 messages distributed through these accounts was in support of the leader of the opposition, in the same ratio contained attacks against the ruling British Conservative party.

Itself the labour party, to which the newspaper asked for comment, said that she was “not aware of any automated bots, categorically claims that were not paid for these services and not aware that someone from supporters of the party engaged in it.”

Earlier, Prime Minister Theresa may has repeatedly stated that it has no evidence of Russian interference in British democratic processes.

However, Damian Collins, Chairman of the Committee on digital technologies, culture, media and sport, has demanded the social network to respond about the fact, intervene if Russia in a referendum on Brexit in 2016.

Facebook said that in total Russia on the eve of a referendum on Brexit posted is for 97 cents, and the technical Director of the network Mike Scrapper called these expenses “virtually zero”.