DAMASCUS, APR 28 — RIA Novosti. Syrian President Bashar al-Assad issued a decree on the confiscation of property of those citizens who does not submit the evidence of ownership within 30 days, such actions contradict the Constitution of the country, told RIA Novosti Secretary of the national Council (Parliament) of Syria, Khaled al-Abboud. 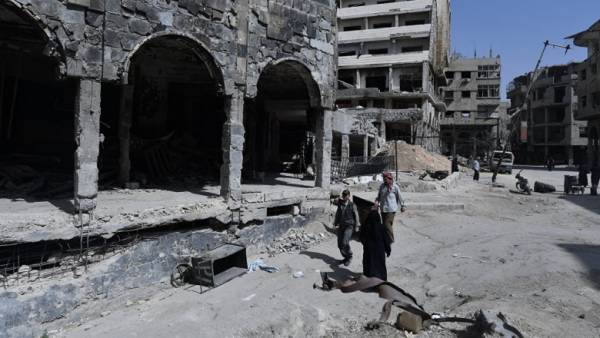 Earlier, the Süddeutsche Zeitung, with reference to data of the German foreign Ministry said that Assad allegedly signed a decree, allowing to deprive of the property of refugees. According to the newspaper, if the owners within 30 days will not give the authorities on the spot the documents on the ownership of property, they can issue a permit for construction on this plot to other persons. The German government expressed indignation at such a measure due to the fact that it jeopardizes refugees who are actually deprived of any property rights, Ministry of foreign Affairs of Germany called on “to prevent the execution of this law.”

“There is no decree on the subject. And from my point of view, such a decree would violate the Constitution in fact. The Syrian government is not thinking in this direction. Areas back under the control of the Syrian army, which represents the Syrian government, which is responsible for its citizens, all under one roof of law… the Government is aware that many Syrians today are not able to reach their territories, many of them left or were forced to leave because of terror. In this case, as may be issued the law on the background of the inability of citizens to reach their evidence to the property to confirm it?” Abboud said.