Moscow. April 28. INTERFAX.RU — EMERCOM of Russia in the next week will take control of suburban areas and rural settlements to prevent wildfires and transition of fire on a residential structure. 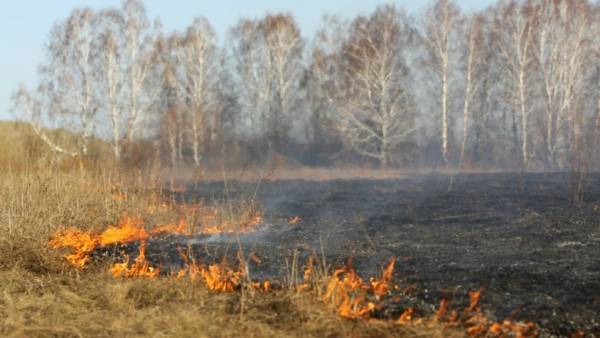 “Absolutely it should be prohibited the burning of dry vegetation in accordance with regulatory requirements. No agricultural burning should not be, mercilessly penalties violators. Because of a negligent citizen or employee will suffer dozens and hundreds of others that are categorically unacceptable,” — said the head EMERCOM of Russia Vladimir Puchkov subordinates at the operational meeting to discuss the forest fire situation.

“From April 30 to may 10 all staff Supervisory services need to work in the field. Submit them to the horticultural society in suburban areas to remote rural settlements. Having a gathering of citizens and attract elders to this work”, — said the head of Ministry of emergency situations.

He explained that in many regions of the already established hot and dry weather.

In turn the Director of Department of Supervisory activities of the EMERCOM chief state inspector of the Russian Federation on fire supervision Rinat Enikeev reported on ongoing inspections of places of holding mass actions and settlements subject to the threat of forest fires, as well as horticultural associations.

According to him, since the beginning of the fire season revealed and suppressed more than 11 thousand uncontrolled burning of dry vegetation. He said that to administrative responsibility more than 400 officers and more than 3 million citizens, as their illegal actions threatened the people and surrounding areas.