Stand on the threshold. Medvedev announced increase in the retirement age

The Prime Minister recalled that the retirement age in Russia is 55 for women and 60 years for men and was established in the USSR in the 1940-ies. 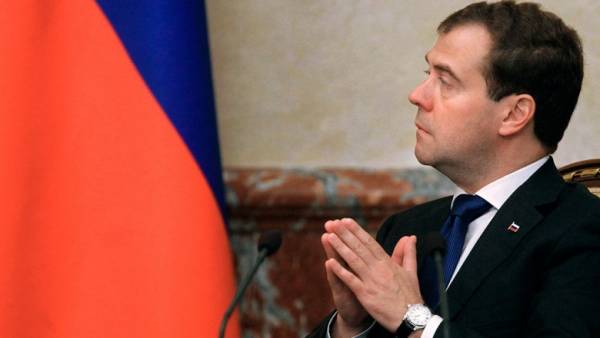 Consultations about raising the retirement age in Russia are not the first year and the government is ready to discuss the question of the adoption of the law on this matter. This was stated by Russian Prime Minister Dmitry Medvedev in interview to the program “Vesti on Saturday” on TV channel “Russia 1”. The text of the interview published on April 28 on the website of the government of the country.

Medvedev said that after years of debate undertaken a serious examination of the issues related to raising the retirement age, and the Cabinet of Ministers should, in General, “on the threshold of starting to discuss it at the legislative level.” “You know, decision on this issue one way or another the government will have to take”, — said the Prime Minister.

However, he said the need to make this decision carefully, trying not to unbalance the pension system and not to create negative moods, discomfort and insecurity among the people.

Medvedev stressed that all these factors must be weighed, but “to approach this topic is necessary.” The head of government reminded that the retirement age, which at the moment in Russia is 55 for women and 60 for men, was installed in the Soviet Union in 1940-e years when the average life expectancy was about 40 years old.

Now the situation in the country has changed, and this provides the necessary basis for “this issue to come back and take certain decisions.” Medvedev considers it necessary to emphasize that these decisions must be verified and “should create a comfortable atmosphere for their use in the future.”

The current pension system in Russia the head of the government considers viable, transparent, working, but not perfect. “She’s going to have to adjust,” — said Medvedev.