Prime Minister Dmitry Medvedev called for the introduction in Russia of criminal responsibility for the execution of the entered USA of sanctions against Russian companies. 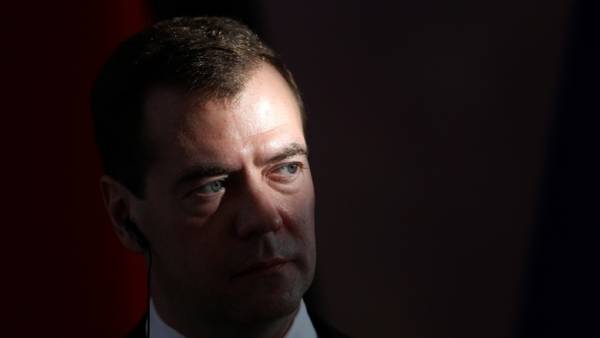 In interview to the program “Vesti on Saturday” channel “Russia-1”, Medvedev said that the sanctions are “firmly aimed” against the interests of Russia implication.

“They are, in fact, aimed at the destruction of our socio-political system and caused harm to the economy and to individuals. If so, then the execution of these sanctions for the citizens of our country should be an offence. No one has the right to enforce these U.S. sanctions under penalty of administrative or criminal responsibility”, — Medvedev said on the air.

A week ago, the Chairman of the state Duma Vyacheslav Volodin has proposed to introduce criminal liability for those companies that will enforce sanctions of the West. The proposal was put forward following the meeting of deputies with representatives of business and experts who discussed the draft law on the response to US sanctions.

The US and EU began to impose sanctions against Russia in 2014, after annexation of the Crimea.

They included the seizure of assets and restriction on visas for individuals included in the sanctions list, restricted delivery to Russia of technologies and equipment for oil and military-industrial sectors.