Medvedev said it has no plans to retire

Prime Minister Dmitry Medvedev said that is not going to go away on holiday. About it the Prime Minister said in the program “Vesti on Saturday” channel “Russia 1”. 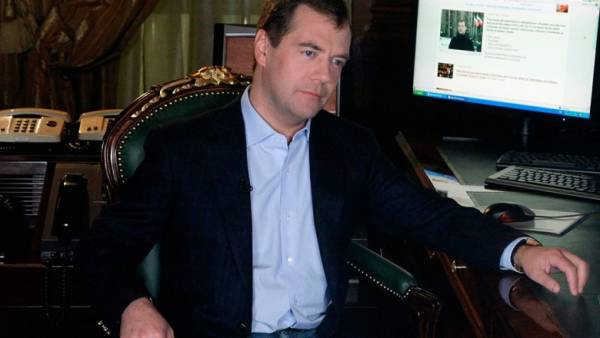 The current government completes its work. After the inauguration of President Vladimir Putin’s 7 may be formed a new Cabinet.

Medvedev stressed that the government had generally fulfilled its head of state tasks.