Medvedev on sanctions: Russia has passed a stress test

MOSCOW, 28 APR — RIA Novosti. Russia passed the stress test after the introduction of Western sanctions and have developed tools of influence on them, said Prime Minister Dmitry Medvedev. 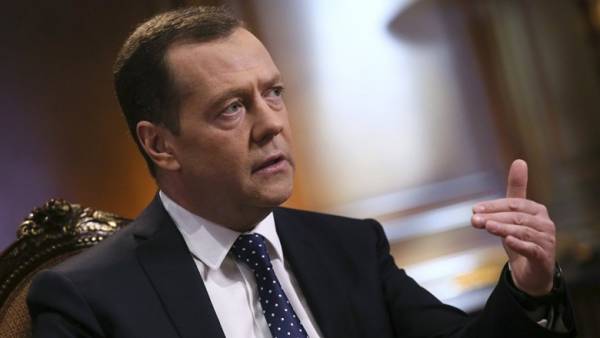 “But most importantly, we realize that we have developed tools to react to this kind of exposure. We have passed the stress test. We stood. The economy lives and the social sphere is growing,” Medvedev said in an interview with the presenter of the program “Vesti on Saturday” Sergey Brilev at TV-channel “Russia 1”.

He also drew attention to the negative impact of such measures on all participants and the sanctions rhetoric.

“Nowhere is good does not. This for us is a loss for the Europeans loss. To a lesser extent for the Americans loss, because we have the volume of trade with them is small. But also some losses. So that in itself is bad, and it certainly will have an impact on our development for many years”, — said the Russian Prime Minister.