In Montgomery (Alabama) under the open sky opened heritage Museum. The exposition dedicated to the history of the slave trade and lynching. 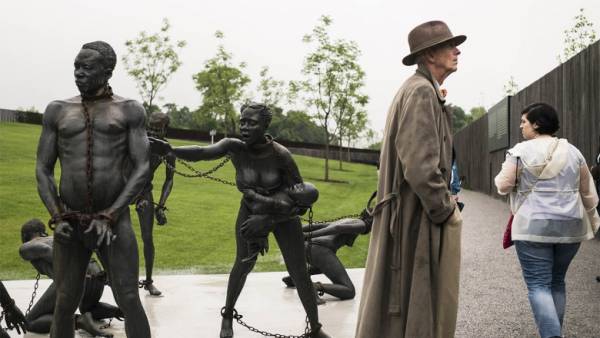 The Museum housed items from metal, retaining fragments of the life of slaves. All pieces are made in human growth.

Near the open area organized a memorial for peace and justice. Here on 800 plates embossed with the names of people and dates of their deaths — the organizers found evidence of the life and death of 4.4 thousand former slaves.

Museum and monuments create a public organization for private donations. Just managed to collect more than $20 million, according to NBC News.