In the 17 years of Russia had illegally taken $430,7 billion, said the Senator

MOSCOW — RIA Novosti. More than 430 billion U.S. dollars were exported illegally from Russia in the period from 2000 to 2017, according to independent estimates, reported RIA Novosti Chairman of the Federation Council Committee on defense and security Viktor Bondarev. 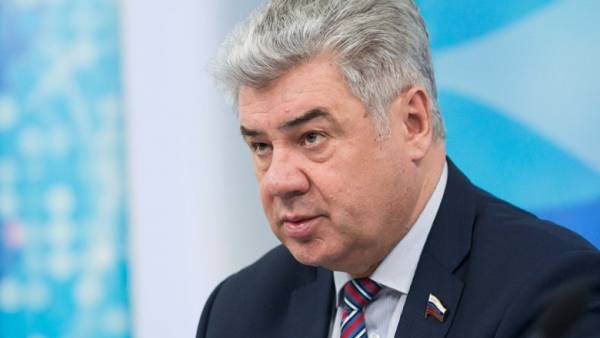 “According to independent estimates, from 2000 to 2017 of our country was taken out of order 430,7 billion dollars. This is a giant funds that could be invested in the development of the national economy”, — said the Senator.

According to him, illegal withdrawal of capital from Russia is one of the key issues, the resolution of which will significantly affect implementation breakthrough development in various sectors of the economy.

Bondarev said that for the improvement of the current legislation and law enforcement practice in combating economic crimes, the Committee on defense and security of the Federation Council proposes a number of measures.

These include the formation of a “new legal and institutional framework aimed at timely detection and suppression of spurious sham transactions in the sphere of foreign economic activity, to identify and disrupt the activities of organizations created for the purposes of tax evasion, illegal removal of material resources from Russia.”

The Committee also proposes to improve the system of organizational and information interaction of law enforcement and regulatory bodies, and to reform the system of banking supervision “in the field of capturing and storing significant information about the activities of credit institutions”.