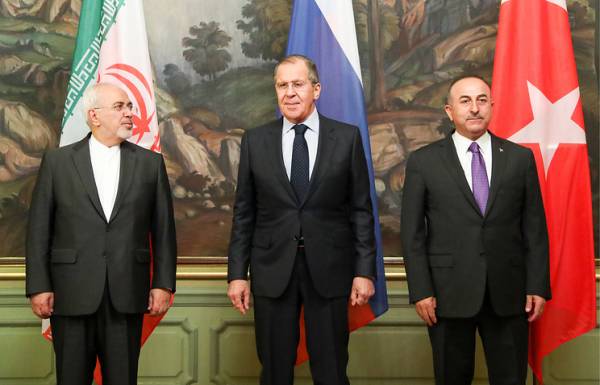 This is stated in the joint statement of the foreign Ministers of Russia, Iran and Turkey at the end of their meeting on April 28 in Moscow. The text of the document published Saturday on the website of the Russian depodesta.