Forecasters said the weather in Russia next summer

MOSCOW, 27 Jun — RIA Novosti. Temperatures this summer are expected to near or above normal, said the head of the hydrometeorological center of Russia Roman Vilfand. 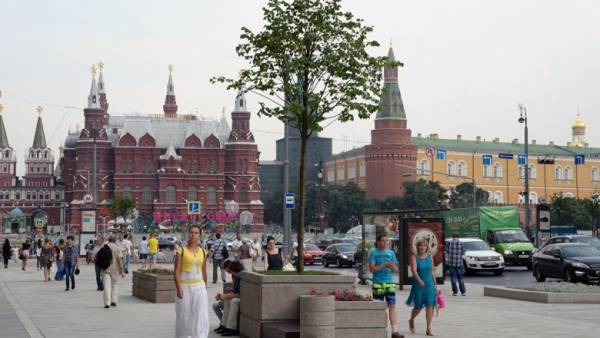 “In General, summer temperatures are expected to near or above normal. In the center of European Russia precipitation amount is projected to be close to normal in the South, about and below the norm,” — said Vilfand at a press conference.

While in the North European part of Russia increased likelihood of lack of rain, said the meteorologist.

As said Vilfand, the average temperature in Moscow in June is 16.7 degrees with 74 millimeters of rain. In July, the average is 18.5 degrees, rainfall is 94 mm.

While July is the rainiest month of the year.

In August, the average temperature is 16 degrees, and rainfall is reduced to 75 millimetres.