Rehearsal of Victory Parade will be shown in the “Classmates”

Social network “Classmates” together with the defense Ministry of Russia will hold the live broadcast of the Victory Parade rehearsal on red square. The camera is mounted on a floating desantiruemye armored “BMD-4M”. 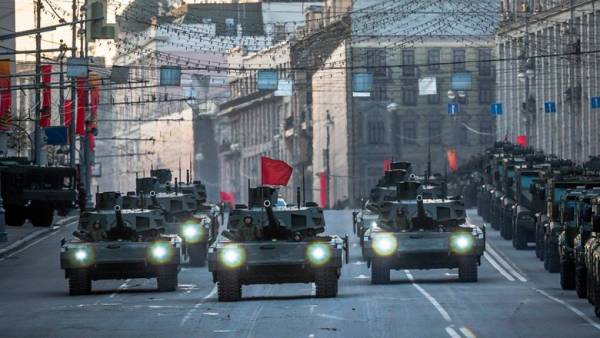 The stream will start on 26 April at 19:30 and will be available in the official group of the defense Ministry in the “Classmates”. During the broadcast, social network users will be able to look inside a combat vehicle, as well as in real time to see how preparations for the parade in honor of the 73 anniversary of the great Victory.

In the rehearsal of the parade will involve dozens of military vehicles including self-propelled howitzers “Msta-s” and “Coalition-SV”, tanks T-72B3 and T-14 “Armata, missile complexes “Iskander”, the armored cars “Tiger” and “Typhoon” and other sophisticated Russian weaponry.

Victory parade traditionally begins at the red square at 10:00 on 9 may. This year the ceremony will be attended by over 13 thousand servicemen, 159 units of military and special equipment and 75 aircrafts.