WASHINGTON, April 25 — RIA Novosti. The official U.S. state Department spokesman Heather Nauert explained the penetration of American employees in the building of the Russian Consul General in Seattle “retaliatory measures” the policy of the authorities of the Russian Federation. 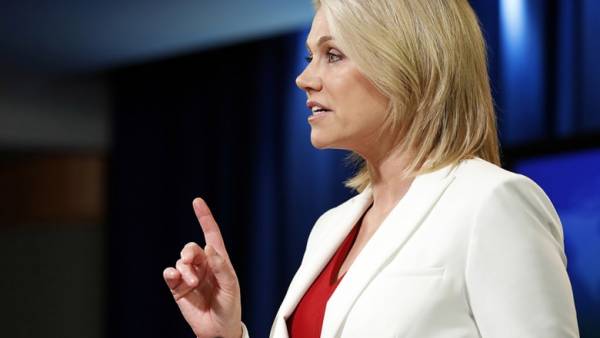 Earlier it was reported that the US authorities Wednesday closed to the profit of the residence of the Consul General of Russia in Seattle, opened the gate and entered the building.

“Today officials of the state Department walked through the building (of the Consulate) in Seattle to confirm that it’s been released. We will provide and maintain it in accordance with our responsibilities. There is no “invasion”, just solid, legitimate response to the ongoing outrageous behavior of Russia”, — wrote Nauert on Twitter.

However, she referred to the Vienna Convention on consular relations, in accordance with which the United States has withdrawn its consent to the creation and functioning of consular institutions of Russia in Seattle. “We did this in response to the Russian government using nerve agents the military class in the UK,” wrote Nauert.

The United States earlier demanded to close the Consulate General in Seattle on April 2 and to vacate the building of the residence of the Consul General until April 25. This was done simultaneously with the removal of 60 Russian diplomats on suspicion of espionage and as a response to the alleged involvement of Russia in the incident with the poisoning of a British spy Sergei Skripal and his daughter in the British Salisbury.