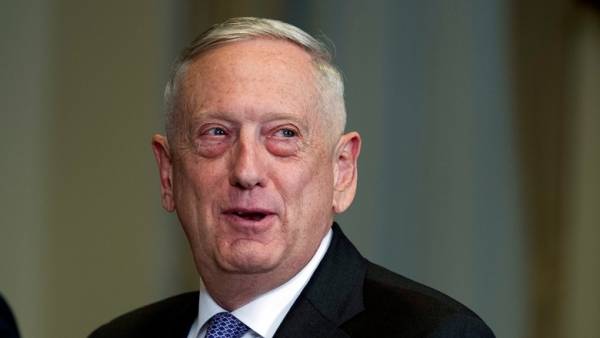 “I look forward to working with Congress to solve problems related to national security created by this act,” said Mattis in Congress, referring to the sanctions act, known as the law CAATSA (“ON countering the enemies of America by sanctions,” Countering America’s Adversaries Through Sanctions Act — CAATSA).

According to him, for the United States “it is important to have flexible authority for exceptions (of sanctions against Russia — Interfax)”.

“Otherwise we will not be able to act in our own interests and lay a huge burden on our allies or partners”, — said the head of the Pentagon.

New U.S. sanctions, adopted in the framework of the law on counteraction to Russia, directly prohibit American and European companies to conduct any business with the fall in the American “black list” of persons.

In April, the U.S. Treasury imposed new sanctions against Russia. Replenishment of the black list has become very hard since the start of sanctions policy. The us administration imposed sanctions against seven Russian businessmen, 14 companies, 17 government officials of the Russian Federation.