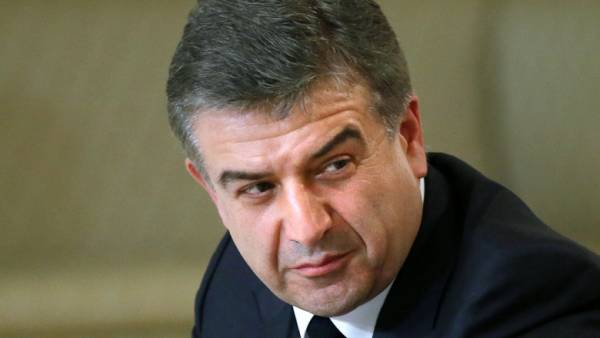 “Reports about the resignation of the President are untrue,” wrote the press Secretary on Facebook.

Earlier Wednesday, the Deputy of Armenian Parliament from the faction “EFC”, one of the leaders of the opposition movement against the current authorities of Ararat Mirzoyan said on his Facebook page that Karapetyan resigned. “I want to be the first to report this great news. Resignation. Victory,” wrote Mirzoyan.

On 17 April, the Armenian Parliament has elected ex-President Serzh Sargsyan to the post of Prime Minister of the Republic. However, on April 23 at the background of multi-day protests of the opposition, he resigned. On the same day, the acting Prime Minister was appointed first Vice Prime Minister Karapetyan.

At present, Yerevan is hosting numerous campaign supporters of opposition MP Nikol Pashinyan, who demanded the ouster of all members of the ruling Republican party.

Meanwhile, the President of Armenia Armen Sargsyan leads “consultations and telephone conversations with the parliamentary and extra-parliamentary political forces, discussing the current situation and ways of interchanges.”