Source: Dzhigarkhanyan taken to hospital and is in a coma

MOSCOW, April 26. /TASS/. USSR people’s artist Armen Jigarkhanyan on Thursday was urgently hospitalized in one of the capital’s hospitals and is in a coma. About this TASS said a source in medical circles. 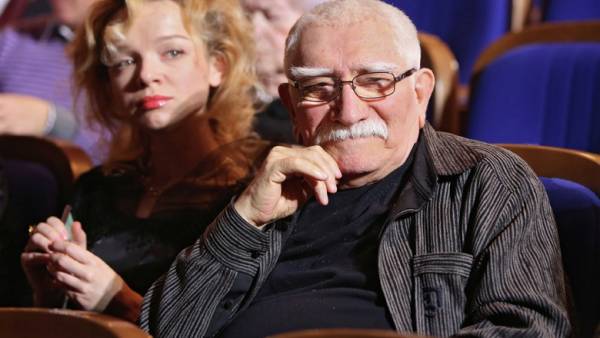 “Armen Borisovich was urgently hospitalized in the Metropolitan hospital with a heart attack. He is in a coma and connected to the ventilator,” — said the Agency interlocutor, without specifying the medical institution, where did actor.

This is the third hospitalization of the actor since the beginning of the year. January 17, Dzhigarkhanyan was admitted to a hospital from his theatre in Moscow city clinical hospital 1. N. I. Pirogov with suspicion on a hypertensive crisis. Earlier it was reported that doctors were suspected neuralgia, they also do not exclude that an artist could catch the virus. Doctors conducted examination, EKG, x-rays and other procedures, no serious illness had been identified.

January 31, Dzhigarkhanyan was taken to one of the capital’s hospitals. In the Dzhigarkhanyan theater then confirmed TASS his hospitalization. He was discharged from hospital on 2 February.

82-year-old manages Dzhigarkhanyan Moscow drama theater. Known for his roles in the films “Hello, it’s me!”, “The new adventures of elusive,” “Dog in the manger”, “Hello, I your aunt”, “the meeting Place cannot be changed”, “Tehran-43”, “zero City”, “Passport”, “the Kingslayer”. People’s artist of the USSR, awarded the order “For merits before Fatherland” II, III and IV degree, order of Honor of Armenia.