Lawyer Kemerovo fireman said that he considers him a hero

Lawyer Elena Kiseleva believes the accused is innocent of negligence of the chief of the fire squad of Genin and Sergei, unlike the investigation, believes that there is no direct connection of his actions on the scene of a fire in the Kemerovo shopping centre, “Winter cherry” with the deaths of 37 people. 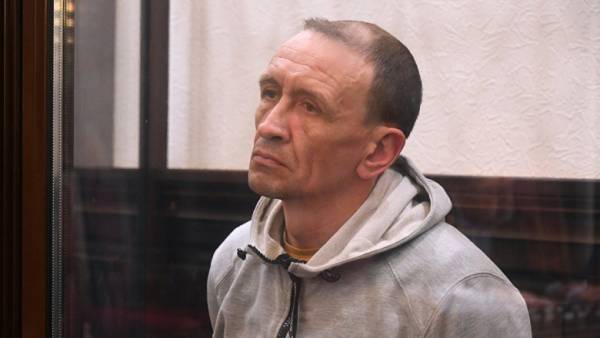 KEMEROVO, April 26 — RIA Novosti. “I protect not only innocent, but a hero. And will not give up these words, and see it even more. We all Philistine treat people of different professions, including everything we “know” how to extinguish fires. But, having become acquainted with the officers, Charter, by which they have to work, I realized that fire protection and FEMA is a paramilitary organization, existing well”, — said Kiselyov at session of the Kemerovo regional court on the appeal of arrest of her client.

According to investigators, the fire Genin “ignored data on the short path to the people and sent a subordinate for long and thus lost time.”

In SK noted that negligent actions led to the deaths of at least 37 people in the cinema on the fourth floor, where the fire started. In court, a firefighter told reporters that he does not consider himself guilty, as he and his team “did everything we could and could not.”

The death of 37 people (of the cinema) is not in direct connection with the actions of the Genin. To save (all of them), they physically couldn’t. Understand the situation all the forces sent to rescue the people, we should be grateful.Elena Kiselevugol

“(Firefighters) lost a landmark, four times to be able to stay there, about 45 meters crawled on all fours to the place where he heard the grunt, and rescued the man. It was hell. Flakes of plastic, like black snowflakes falling on the mask, the visibility was such that they bumped helmets with another element”, — the lawyer told.

According to her, to save time, Genin gave orders to subordinates to check the equipment before arriving on the fire, on the spot did not take a fire hose to not give priority to extinguish fire and rescue.

In particular, the Genin brought out into the street the only survivor in the second cinema of TTS Michael Trusov (his two daughters died in), sharing the oxygen.

Then fire came back, but to go to the cinema did not allow very high temperature, the lawyer said.

“The very location of the hall was detrimental to the people. Reply to those who have made such a fire and such evacuation, when four of the six staircases were closed. Near the exits from the cinemas found (dead) 22 at the closed door. All prevented the evacuation of people. And we’re trying to judge someone who is not just a rescuer, a Savior. And that he worked carelessly. By law, he will be granted one additional mask (for breathing), it would have had their 37 — handed”, — said Kiselyov.

According to counsel, any measure of restraint for her client is unfair, but she asked me to change it to house arrest, but the court left him in custody until June 11.

“Against Genina affects the mood of the victims. Any fire can be blamed that he does not save everyone, the guards, who fled, anyone. All this is a terrible tragedy was and stress. If he’s 37 people found, not touched them, not left to die, his fault. Still someone they managed to save,” she added.

Fire in four-storey shopping centre, “Winter cherry” has occurred on March 25. Killed 60 people, most of them children. Mostly failed to get people in the cinemas on the top floor, where the fire started.

In the case arrested eight people: in addition to the Genin, it manages the shopping center Hope Sedenak, technical Director of the company-owner of the shopping center (OAO “kemerovskijj konditerskijj Kombinat”) Georgy Sobolev, head of the company “System integrator” that supports a system of fire security, Igor Polozenko, an employee of the same company Alexander Nikitin, responsible for the installation and serviceability of the fire alarm system, employee chop Sergei Antoshin, which, as believes a consequence, has not included a system of fire alarm, the CEO of the company-the owner of the building Yulia Bogdanova and former head of the Inspectorate of construction supervision of the Kemerovo region Tensile Komkova.

In Kemerovo the fire stood the head EMERCOM of Russia Vladimir Puchkov. Later public men, in particular, the organization “Officers of Russia” and its Chairman Sergei Lipov, asked law enforcement authorities to change the measure of restraint Genio on house arrest. On the website change.org in his defense there was a petition that was signed by more than 44 thousand people.