Moscow. April 26. INTERFAX.RU. Press Secretary of the President Dmitry Peskov has commented on critical remarks about the activities of EMERCOM of Russia, expressed in the author’s program of Nikita Mikhalkov’s “Besogon TV”, as well as in some media. 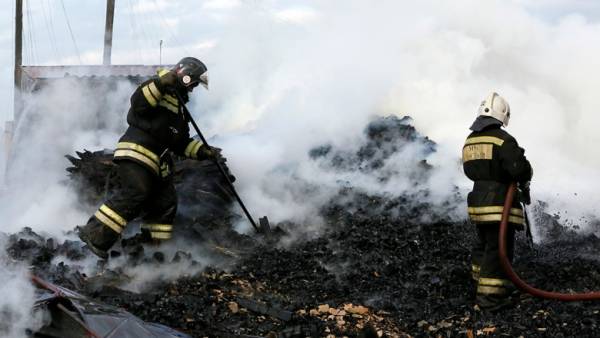 “With regard to various materials, including copyright, of which you said, about the situation in the MOE — not all of them agree with the information obtained through government agencies,” said Sands, answering a corresponding question of journalists.

Harmful to say that all collapsed in a time when a huge number of rescuers and firefighters are working to extinguish fires that is the vastness of our country, and are saving thousands and thousands of citizens who suffer due to floods. Probably, too would be wrong.Dmitry Pescovitz Secretary of the President of the Russian Federation

Press Secretary of the head of state assured that the problems in the activities of the Ministry of emergency situations is no secret, but “we cannot give in to emotions, you need to soberly assess the situation.”

Peskov reminded that the Ministry of emergency situations of Russia “fully refers to the presidential prerogative, and the President, of course, is the most dense way keeps under control the work of this Department, especially, unfortunately, this work is often in demand.”

The head EMERCOM of Russia Vladimir Puchkov called nonsense criticism expressed in his address the Director Nikita Mikhalkov during its author’s program “Besogon”, which also addressed the question of possible causes of the fire in the Kemerovo TK “Winter cherry”.

“Come to me applying for this transfer. I pity the people who watch such programs, and doubly sorry for those who believe what it shows. Nonsense — and write,” — said at a meeting with journalists the Minister, quoted by “Kommersant”.

Author’s program Mikhalkov’s “Besogon TV”, dedicated to the tragedy in Volgograd, which claimed the lives of 60 people, went on the air April 20 on the channel “Russia 24”. In her accusations against the leadership of the Ministry of emergency situations in an ill-conceived reduction of employees of the State fire fighting supervision and fire departments, the purchase of machinery at inflated prices.

Peskov stressed that only the Investigative Committee can make findings in relation to the causes and consequences of a fire in a shopping centre, “Winter cherry” and only after the completion of the investigation.