Hmayak Hakobyan: the trick father opened a foreign spy at the reception of Khrushchev

Wednesday marks one hundred years since the birth of legendary artist, the world-famous master of illusion genre Harutyun Hakobyan. 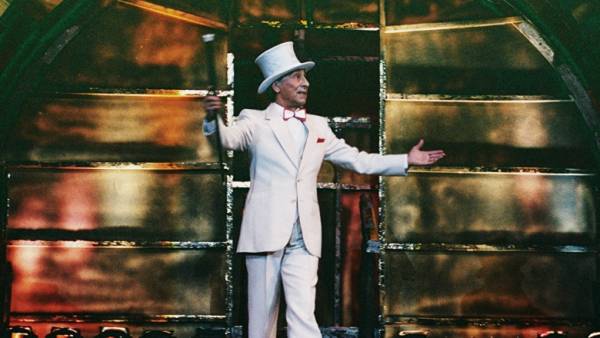 About how he worked as the chief magician of the Soviet Union, what was the uniqueness of his hands, what tricks he showed in trading on the market, and in the highest offices in the Old square, in an interview with RIA Novosti said the son of a great artist, a famous illusionist Hmayak Hakobyan.

— Hmayak H., please explain the main plot, the main focus in the biography Harutyun Amayakovich. It is known that in his youth, at the insistence of his father, your grandfather, he was preparing to become an engineer — graduated from civil engineering College in Yerevan and then was sent to Moscow to continue his studies. In the capital entered the Institute of land management. Engineer — it was very prestigious and respected in the society and wealth. In General, all the young man to go. And suddenly something happens, and then begins his ascent to the top of the world in a completely different region. So, what happened and when?

— Oh, it’s a magical story. When father studied in Moscow at the Institute, he went to the concert in one of the Houses of culture. The concert was attended by artists of different genres, and, among others, spoke illusionist. Dad was sitting pretty close to the stage, and it absolutely amazed stage tricks, which he demonstrated. It was mostly illusion tricks with boxes and a rather large props. And daddy quite a shock, as from a relatively small box you can get just an incredible amount of scarves, ribbons, fake flowers and in the final — pigeons and rabbits? Nothing like at home in Armenia, he had never seen. Stunned, stunned, dad did not wait for the play to end and as soon as the assistants took the box backstage, jumped up from his seat and ran from the room straight to the dressing room this, magician. There he saw the mystery box and began rummaging through it.

Inside was a mirror that stood at a certain angle on a diagonal and create the illusion of emptiness. Just followed him and were necessary items. And it was a real discovery.

So life is changing — in a matter of minutes?

— So. However, the road to this new life my father first ran through the police “monkey”.

And in the truest. Dad barely had time to rejoice, but disappointed in his discovery, as there were also busted for this. Called the police. He was taken to the police station. Dad was justified and explained that he is not a thief, and a student of the Institute and that he wanted to understand what he saw. But he still had all night to spend in the cell, until the morning revealed that this is indeed a student and not a criminal. Dad was released.

He plucked up courage, came to the illusionist and apologized. And that, although it was quite a hard man, but he went to meet the young man, forgave him and asked his father to work with him as an assistant. The father happily agreed. Dad took part in several events, carrying and preparing as we speak — charging, heavy props. But just two weeks later the young man, and quickly understand the device of the props in this magic mechanics, in the good had the audacity and began to give advice to the illusionist.