Catacomb of ancient nomads from southern Russia and the Caucasus fed

Found in their graves cultivated plants — probably an import, indicating a well-developed trade between them and the farmers of the Caucasus. 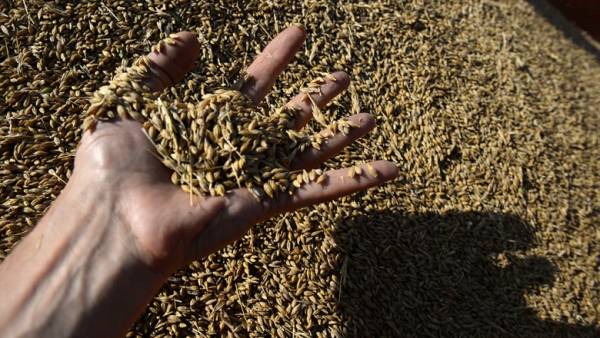 Scientists from Moscow state University. M. V. Lomonosova, the State historical Museum, Institute of geography, Russian Academy of Sciences, Kolomna archaeological centre, Institute of Geochemistry and analytical chemistry Russian Academy of Sciences and of the University of Groningen (the Netherlands) studied the bronze age burials on the border of Kalmykia and Stavropol territory. On the walls of the vessels left in tombs, have been found traces of domesticated barley. As far as is known to archaeologists, the inhabitants of these places at that time were not engaged in agriculture, probably barley they were traded among the peoples of the Caucasus. Thus, the discovery points to a large-scale international trade in this area 4,500 years ago. The corresponding article was published in Vegetation History and Archaeobotany.

The authors examined burials (kurgans and catacombs — underground burial structures, after whom the catacomb culture got its name) along the East Manych river, which flows through the territory of Stavropol Krai and Kalmykia Republic. In the middle of the III Millennium BC were made of burial in this region lived herders that roamed between the foothills of the Caucasus, the Volga and the Don.

To understand how wild and cultivated plants the locals used to eat, the researchers used radiocarbon and vitality analysis. The radiocarbon method allows the ratio of different carbon isotopes in samples to determine their age. and with the help of Fioletovo analysis you can determine which plants are met in this area thousands of years ago. About this talking vitality — particles of silicon that accumulates in plants and last far longer than other parts thereof.

Analysis of charred food on the walls of blood vessels from graves of the Eastern Manych and West Manych catacomb archaeological culture (2 500-2 350 BCE) showed that there, along with wild plants, there are close relatives of modern cultivated barley, millet and wheat.

Radiocarbon Dating revealed that the age of these deposits on the dishes corresponds to the age of the human remains in graves, or slightly above it (the difference can be explained by the fact that the plants are prepared, and such processing “age” of the samples).

Definitely cultivated at that time was barley — on this point the specific vitality this species. Barley in the Caucasus began to grow at the end of VI — beginning of V Millennium BC. The authors believe that any evidence that was found in the tombs of the nomads barley were grown in the same region, lying to the North of the Caucasus, no. Most likely, it was received through exchange with the population of the foothills of the Caucasus. This version is confirmed by the results from isotopic analysis of remains of humans and animals. Judging by the ratio of their isotopes of strontium, carbon, and nitrogen, the nomads of the catacomb culture could go far enough into the mountains. Some bones and teeth were found in “profile” of isotopes that are characteristic for mountain residents.