U.S. Ambassador to Russia expressed the desire trump to personally engage with Putin

Moscow. April 24. INTERFAX.RU. The President of the United States Donald trump wants to personally interact with the President of the Russian Federation Vladimir Putin and to make relations with Russia more predictable and strong, said U.S. Ambassador to Russia John huntsman. 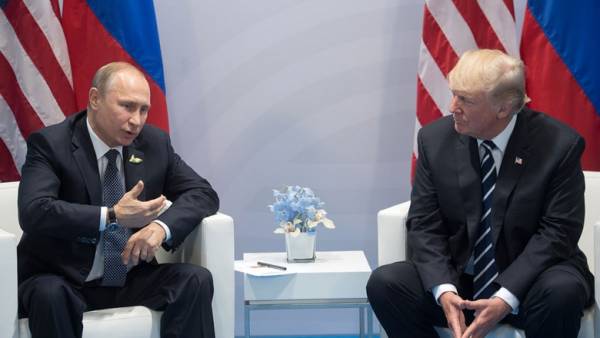 “I would like to emphasize that the President trump have repeatedly said that it seeks to ensure that relations between our countries more efficient, and he wants to personally engage with President Putin. He talked about it every time I saw him, and every time I talked to him on the phone since day one,” said the huntsman on Tuesday to journalists in Vladivostok.

The huntsman pointed out that the priority for the United States — resolution of the conflict in Syria.

“We aim to reduce the likelihood of conflict in Syria and would like to transfer to the process of political settlement of a unified Syria,” the Ambassador said.

“And you also need to think about how within this framework it will be possible to reduce the risk of violence, the extension of violence to rid Syria of all terrorist elements. This is just the interest of both the United States and the Russian Federation”, — said the huntsman.

Also in the interests of the two countries to agree, “what steps need to be taken in order to implement UN security Council resolution on the future of Syria”.