Trutnev asked to intervene in the situation stuck in UAE seafarers

VLADIVOSTOK, April 25 — RIA Novosti. The authorities of Primorye appealed to the presidential envoy in the far Eastern Federal district Yuri Trutnev and the leadership of Gazprombank with the request to resolve the situation with the Maritime sailors from the ship “crystal East”, arrested in the UAE, reported on the website of the regional branch of the Russian trade Union of seamen. 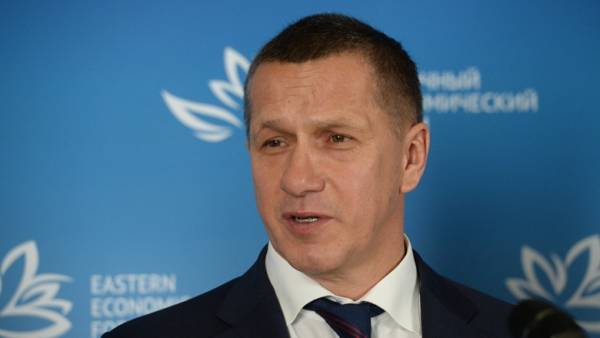 Tanker “crystal East” of a bankrupt company “Nakhodka-Portbooker” is in UAE from June 2017. On the ship “Gazprombank” seized. Initially on Board were seven crew members, who could not leave because of lack of passports and money.

In December 2017, the crew of the ship “crystal East” back in Primorye. Later, in the UAE they flew in a replacement. New crew since last week asks for help with the return home, as sailors sitting on the ship without fuel and electricity. It was also reported wage arrears.

The shipowner because of the bankruptcy can not find the shift crew. In late March, the sailors were paid the arrears. The international Federation of transport workers in the far East appealed to the acting Governor of Primorye Andrey Tarasenko with a request to help in resolving the situation.