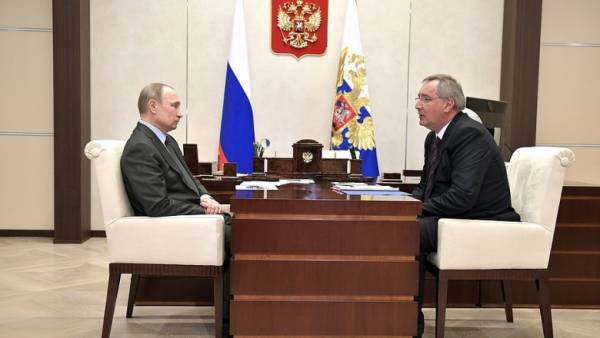 According to Mr. Rogozin, the company moved to self-sufficiency. “This is very important, highlights the success of the policy of commercialization of opportunities that the Russian orbital system,” — quoted Deputy Prime Minister press-service of the Kremlin.

Dmitry Rogozin added that the government believes is technically possible to combine the system ERA-GLONASS, “Safe city” and “System-112”. “This will be a one-stop call centers, unified navigation “Safe city” to “Smart city”. That is, GLONASS will be introduced including in these technologies”, — said Deputy Prime Minister.

About the possibility of merging hardware systems ERA-GLONASS call center 112 and a “Safe city” to create the “Smart city”, “Kommersant” became known in March.

About combining systems of emergency response and alert read in the publication “Kommersant”.