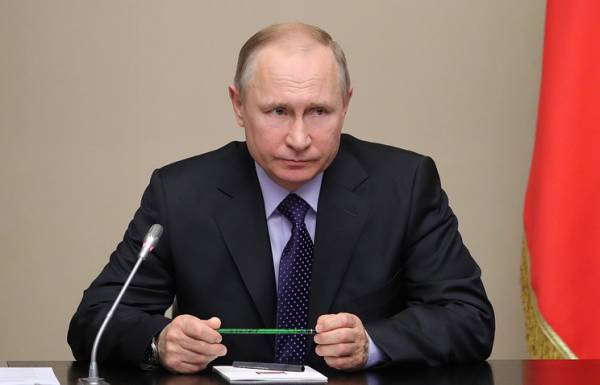 SOCHI, April 25. /TASS/. Russian President Vladimir Putin said that the use of military force by some countries to bypass the UN Security Council in fact plays into the hands of terrorists and extremists. “Some members of the world community are increasingly trying to ignore the universally recognized norms and principles of international law, resorted to the use of military force in circumvention of the UN Security Council, refuse to negotiate as a key instrument of settling international disputes,” he said in greeting to participants of the international meeting of high representatives supervising security issues. The President at the opening ceremony of the forum was read by the Secretary of security Council of Russia Nikolai Patrushev.