Kadyrov has compared the situation in Syria from Chechnya

MOSCOW, 24 APR — RIA Novosti. The situation in Syria is used to put pressure on Russia: as in Chechnya in the 1990’s, a third force came up with the war against Russia, if it continues, Moscow will have to take action, said the head of Chechnya Ramzan Kadyrov. 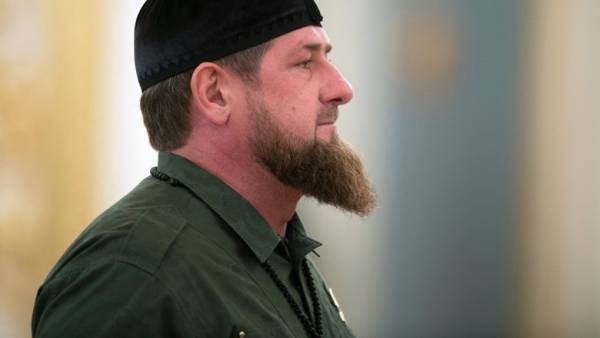 “Syria and the Syrian people is absolutely not to blame. How, then, in our Republic, what happened? Chechens never were extremists, terrorists. Came up with a war against Russia and began to go forward, killing our people. The same thing is happening in Syria,” — said Kadyrov on air of TV channel “Russia 24”, answering the question what he thinks about the current situation in Syria.

According to him, now there are players who started to show “his muscles, to show teeth”. “I think now there is a struggle against Russia. I tried hard to press — does not work. This is purely a crush on Russia,” he said.

The head of Chechnya said that the world cannot exist without Russia, and emerging in Syria, the situation facing the world community. “I am confident that we will not surrender. We will defend our position, the Russian Federation, the people we are today protected in the territory of the Syrian Republic”, — Kadyrov stressed.

“We are more restrained show to the world community: if tomorrow is anything we told you, we were shown, we asked for proof. But I think if this continues, Russia will have to take measures”, — said Kadyrov, adding that it should be the power of action.