Moscow. April 24. INTERFAX.RU. Israel will destroy the air defense system s-300, which may be supplied to Syria from Russia, if they will be used by Damascus against the Israeli air force, said the defense Minister Avigdor Lieberman. 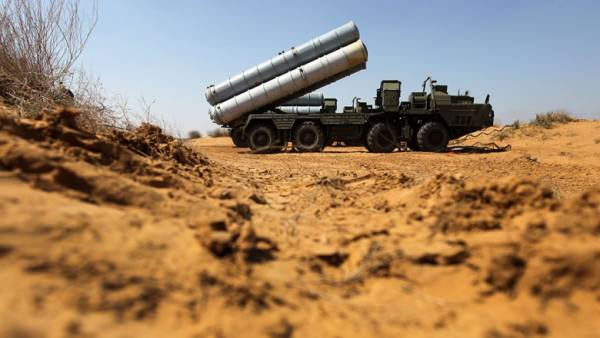 “It’s important for us to have defensive weapons which the Russians passed Syria, was not used against us,” said Lieberman, the Israeli online edition of Ynetnews, commenting on reports about possible deliveries of s-300 to Damascus.

“If these weapons will be used against us, we will act against them,” said the Minister.

He described as “untrue” reports that Israel has asked Moscow not to supply Syria With s-300.

Clearly must be one — if someone will shoot at our planes, we will destroy it.Avigdor libertarianists the Israel defense

He recalled that Israel and Russia “there is an open line.” “We really have a dialogue. Sometimes it’s complex, but open. For several years we are constantly coordinating our activities, and we manage to avoid friction with the Russians,” he said.

“One who acts against us, they are Syrians. When the Syrian system worked against us, we destroyed them,” added Lieberman.

On April 14 the chief of the main operations Directorate of the General staff of the Russian Federation Sergey rudskoy said that after the impact of the Western coalition, Russia could consider the issue of supplying Syria with air defense systems s-300.

Over the weekend in the Arab and Israeli media reported that s-300 systems have already been delivered to Syria.