From the Ministry of Finance to the Department of state: anti-Russian sanctions persons

Officials who oversaw sanctions policy of the United States. 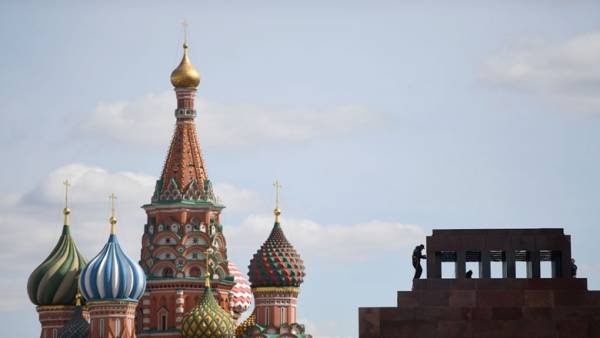 “Storm” tells the story of OFAC, the powerful us intelligence agencies on sanctions, and its head is a little civil servant (probably you never heard of), in whose hands was the fate of Russian officials and oligarchs. Remember and those who in the state Department oversaw the sanctions activities.

The last three years, the main official of the US sanctions was John Smith. He led the Agency for foreign assets control of the U.S. Treasury (OFAC) is the Agency responsible for the majority of the sanctions campaigns. Under the leadership of Smith, OFAC has imposed some of the most potent sanctions in the history of America, including against Russia, Iran, Syria and North Korea. In early may 2018 Smith retires. Tell who he is and how he became the main curator of the American sanctions policy.

John Smith held in the civil service for almost 20 years. He was engaged in issues of countering terrorism, including sanctions against terrorist groups, “al-Qaeda” and “Taliban” (banned in Russia) in the UN security Council.

Smith studied political science and journalism at Missouri University and graduated from the Columbia University law school. John, doctor of legal Sciences. After graduation, Smith went to work in the us law firm Wilmer Cutler Pickering Hale and Dorr (then Wilmer, Cutler & Pickering). Then became servants of the court of appeals for the third circuit of the United States. As he recalled, as a private lawyer, he was able to help illegally convicted, who was sentenced to death.

Since 1999, Smith worked at the U.S. Department of justice, where I began to build a career in the Department for the fight against terrorism. He was dealing with suspects that are appealed to court against his detention, and checked their possible supporters.

In 2003, Smith continued to study methods of counter-terrorism in New Zealand. There he went on exchange to study how the new Zealand Ministry of justice has adopted an anti-terrorism law after the terrorist attack of 11 September 2001 in the US (the bombings of the twin towers in new York).

In the organization noted that John had the experience of identifying terrorists and freezing assets.The history of intelligence on sanctions

In 2007, Smith came to the sanctions Agency of the Ministry of Finance, OFAC, already considered a powerful authority. Prior OFAC organization was created during the Second world war for control over the assets, German, Japanese and Italian companies and agents. Then the Agency called The Control. It was a tool for control of assets unfriendly to the United States regimes, wrote in his book “Treasury”s War: The Unleashing Of A New Era Of Financial Warfare” Deputy assistant to the President and Deputy national security Advisor for combating terrorism during the administration of George W. Bush, Juan Zarate.

During the Korean war (1950 to 1953), the Agency was primarily interested in Chinese assets (in October 1950 China and the USSR intervened in the course of the war).

After the Cuban missile crisis worked OFAC sanctions against Cuba. In the late 70’s, OFAC engaged in Iran after the country has seen the seizure of American hostages on 4 November 1979 (in the country for 444 days held hostage 52 Americans, among them diplomats USA). Then began years of diplomatic crisis in relations between the US and Iran.

The turning point for OFAC was the terrorist attack of 11 September 2011. Then still a small Agency with hundreds of employees has become an instrument of financial war.