Scientists have discovered a mysterious hole in the Arctic ice

When flying over the Arctic research aircraft found a strange round hole on the surface of the ice cover.

Experts have mapped the levels of sea ice along the Eastern shore of the Beaufort sea, when he discovered a hole about 80 km North-West of the Delta of the Mackenzie river in Canada. Photos made scientist John Sonntag, who heads the operation of NASA “IceBridge” (operation level tracking and behavior of sea ice at the poles of the Earth). 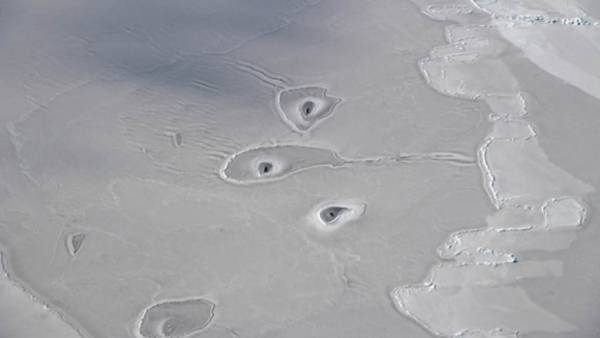 Causes of holes is still unknown, but researchers have a couple of assumptions. First, the ice in these places is very soft and pliable, so the holes in its surface could do some animals, such as seals. According to the second theory, a hole could occur in the result of the warm currents of the Beaufort river or Mackenzie.