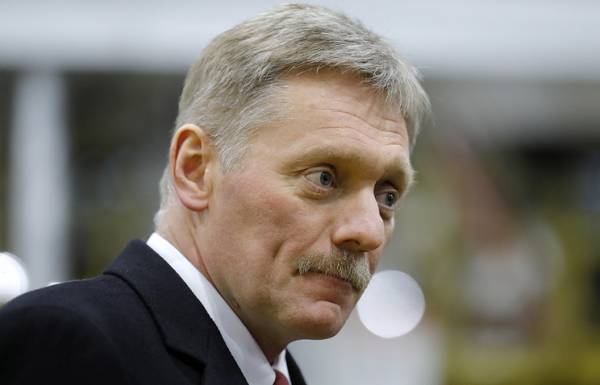 MOSCOW, April 23. /TASS/. Press Secretary of Russian President Dmitry Peskov did not comment on mass media reports about possible deliveries of s-300 to Syria, noting that missile strike in Syria by the US, the UK and France in mid-April and so worsened the situation in the region. Thus he answered the question of journalists do not exacerbate the situation around Syria, the delivery of these weapons.

“I am not going to comment in any way, only once again I will remind the statement of the President of Russia Vladimir Putin after a missile attack on a sovereign country in violation of the foundations of international law that a missile attack and so considerably worsened the atmosphere around the Syrian settlement. Was caused great damage to international law and the spirit of cooperation to find a political settlement,” Peskov said.

Previously, the newspaper “Kommersant” reported, citing its sources, that Russia may soon begin to supply anti-aircraft missile systems s-300 to Syria free of charge. According to the newspaper, this will allow in short terms to create a layered system of the Syrian air defense is able to cover Damascus and the location of the aircraft from attacks. About possibility of such decision of the Russian military command reported after the missile strike, 14 APR struck the United States, France and Britain on military and civilian targets in Syria.